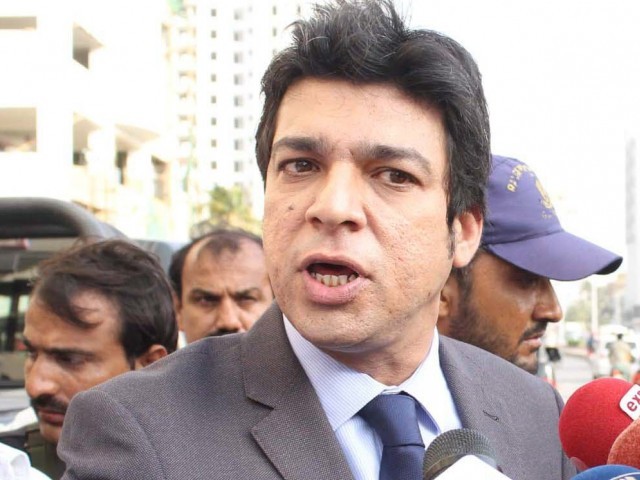 ISLAMABAD: The Islamabad High Court (IHC) on Wednesday sought a reply from Federal Minister for Water Resources Faisal Vawda on a plea seeking his disqualification for allegedly hiding his US citizenship at the time of filing nomination papers during the 2018 general election.

The proceedings were led by Justice Aamer Farooq.

Petitioner Mian Mohammad Faisal’s counsel Jehangir Jadoon argued that the federal minister had submitted a false affidavit while filing his nomination papers to the Election Commission of Pakistan (ECP).

The court inquired about the last date for filing of nomination papers to which the lawyer replied that June 11, 2018 was the last date.

“The minister was a dual national when he submitted his nomination papers. According to the Supreme Court’s decision, Vawda was supposed to surrender his US nationality before filing the nomination papers,” Jadoon said.

“He is the federal minister for water resources and is overseeing major projects. He should be stopped from working,” he added.

The court directed Vawda to submit a reply by February 24.

The petition stated that Vawda contested the elections from NA-249 Karachi in July 2018 from Pakistan Tehreek-i-Insaf’s (PTI) platform.

It said he was a dual national at the time of filing his nomination papers and concealed his US nationality by taking a false oath before the ECP claiming “he did not have any foreign nationality”.

It was only after Vawda’s papers were approved he applied to give up his US citizenship, on June 22, and that the US Consulate issued the renunciation certificate to Vawda on June 25.

The petition further stated that Vawda had submitted an affidavit on June 11, 2018 claiming that he was not a dual national even though his foreign nationality was in place at that time.

It further said that the apex court had in one of its judgments categorically directed that candidates who previously held dual nationalities should have renunciation certificates at the time of filing of nomination papers.