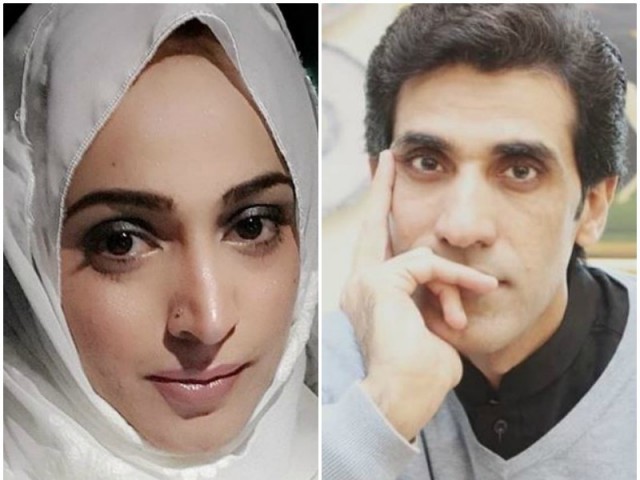 Former actor Noor Bukhari recently took to Instagram where she praised her ex-husband Awn Chaudhry. Noor posted a photo of Chaudhry with a caption that read “My hero”.

Reports of the two tying the knot for a second time surfaced subsequently. Politician and Tv personality Aamir Liaquat in a tweet which he has since deleted alluded to a marriage between the two. Liaquat lauded Noor’s decision to remarry her ex-husband for the sake of the daughter the two shared.

Additionally her sister, Fariah Bukhari also commented on the post where she praised Chaudhry.  “Aww, Mashallah, may Allah protect from evil eye,” she said.

Sources close the couple have confirmed that the two have been married for almost a year now. There are also reports that Noor and Chaudhry became parents for a second time over two months ago to a baby girl.

Rumors of Noor’s fifth marriage have been circulating for a while now. Earlier on, reports of Noor opting to marry Khawar Maneka, the ex-husband of Bushra Maneka had surfaced. The 38-year-old actor had subsequently rubbished all news relating to it.

“I am surprised by the interest that everyone is showing in my marriage – that too with a man who is my father’s age. How can I marry a man that is old enough to be my father?” she told the Express Tribune.