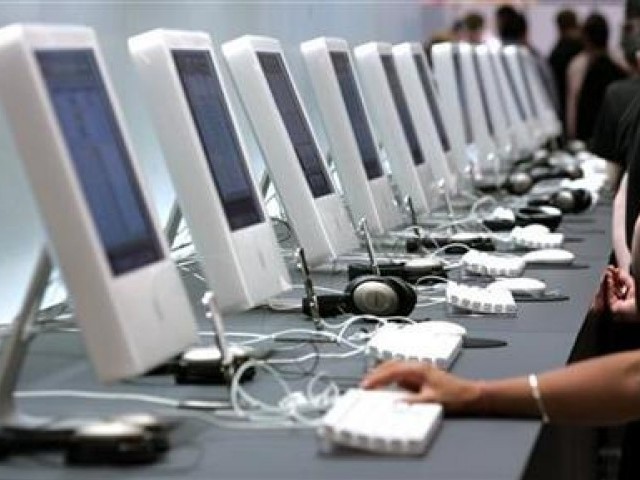 ISLAMABAD: Economists tell us that one of the main reasons for our economic woes is the lack of emphasis on exports.

In many cases that is due to our attempts to protect local manufacturing in the hope that one day it will become strong enough to compete with the outside world. That is like making our cricketers play only domestic cricket and hoping that they will be able to beat the outside teams one day. Still many believe in it.

This is a legacy of the 1960s to 1980s when many countries gave protection to industries like automobile, steel, etc. It worked to some extent as goods like vehicles and big steel cannot be easily smuggled into a country.

However, automation, artificial intelligence in mass production and rising wages in developing countries have massively eroded that arbitrage. A recent report of McKinsey Global Institute (MGI), “Globalisation in Transition”, says the share of trade, which is based on labour-cost arbitrage, even in labour-intensive goods manufacturing, dropped from 55% in 2005 to 43% in 2017.

What matters nowadays is the availability of skilled human resources, natural resources, transport infrastructure and proximity of consumers. Global value chains are, therefore, shifting significantly away from manufacturing towards services. Although exports of goods are still higher than exports of services in absolute terms, according to MGI, in the years between 2007 and 2017, the global compound annual growth rate (CAGR) of exports of services was 3.9%, against that of goods at around 2.4%. And seen alone, the CAGR of exports of information and communication technology (ICT) services was 7.8%.

Not to forget, the value of goods also consists of services (like R&D, sales and marketing, etc) which, on average, are around 30%.

In order to provide protection to local manufacturing, high duties and taxes are imposed on the completely built imported devices. That proves to be counter-productive as it makes ICT devices more expensive for the users, who happen to be suppliers and exporters of ICT services.

In Pakistan, the foreign manufacturers, who invest in ICT local manufacturing, try to use the protective environment to increase their market share. They like to compete not on the basis of local production per se but on the basis of differential between taxes on completely built devices and the tax breaks that they get. Obviously, such local manufacturing offers zero export potential. All that it offers is employment to a few hundred low-wage workers, at the cost of hundreds of thousands of those busy trying to create and export services.

The protection would have made sense if the local device manufacturing had grown into something worthwhile. But the ICT local manufacturing has not grown beyond mere assembly of a few low-cost, low-quality PCs, mobile phones, etc.

This is not to say that local manufacturing should not be supported at all. Only that it should be done without scuttling the use of ICT devices.

What the successful countries, like Vietnam and the Philippines, have done is that they abolished all taxes on ICT devices and strived instead to become part of the global value chains.

However, despite getting no support, the ICT users have been showing significant growth in ICT service exports.

The State Bank of Pakistan’s (SBP) first-quarter report for the year 2018-19 “The State of Pakistan’s Economy” – which devoted a special section to ICT services exports – reported that in two years, from FY16 to FY18, Pakistan’s IT service exports grew 16% to $1,088 million. And this is not a one-time occurrence.

The SBP report quotes independent experts that there are many small ICT service firms that operate below the radar. Therefore, in reality the size of Pakistan’s ICT exports is at least 1.5 times the reported figures.

The potential of Pakistan’s ICT service exports can be gauged from the fact that in case of Business Process Outsourcing (BPO) segment, according to Oxford Internet Institute, Pakistan stands at number third position. In yet another segment, freelancing, according to Freelancer.com, Pakistan is among the top four.

So what should be done?

As has been seen in several countries, lower cost availability of ICT devices results in increased access to the internet, growth of digital economy, and increase in exports of ICT services.

For this, a number of steps need to be taken. The prime minister’s task force on IT and telecom worked for months and prepared sets of recommendations relating to IT, telecom and related human resource development.

For example, the three top telecom related recommendations are: fiberisation (by facilitating right of way in urban areas, using USF in rural, and incentivising cellcos to connect towers with fibres); release of more spectrum (for mobile broadband and Internet of Things); and rationalisation of ICT taxes. The last one includes joining WTO’s IT Agreement (ITA), which 82 countries have already done since 1997.

What’s more, telecom does not put any financial burden on the government (except in reduction of some taxes) while remaining an important catalyst to facilitate all other economic sectors, and help in boosting exports of ICT services.

Economic interests – the basis of all wars