It remain­s unclea­r what is the export destin­ation
By Salman Siddiqui
Published: January 21, 2020
Tweet Email 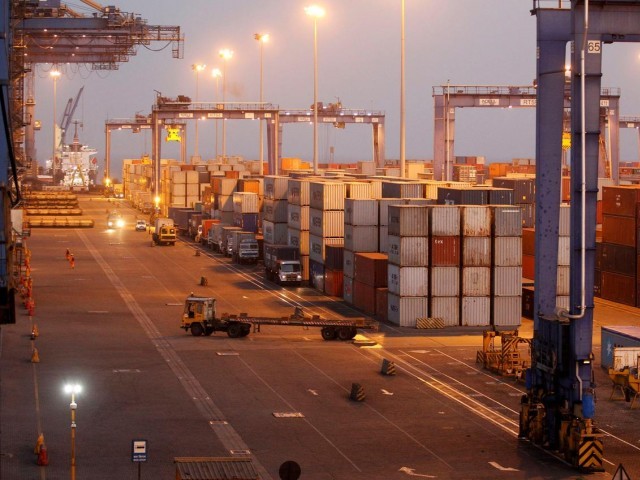 KARACHI: Pakistan, which is a leading oil importing country, has become an exporter of furnace oil as a prominent refinery’s ship loaded with the fuel is scheduled to leave Karachi Port early in the morning on Tuesday.

The government has bailed out the outdated refineries, but only for a period of two months. It has resumed power production from the oil-fired plants to let the overflowing refineries overcome the furnace oil supply glut.

“After February 28, the government will not take any responsibility for furnace oil and companies (refineries) will deal with it by themselves,” an official at the Petroleum Division told The Express Tribune.

An official at the Karachi Port Trust (KPT) confirmed “oil tanker Roy Maersk is currently being loaded with furnace oil.” The ship was anchored at berth Op-2 on Sunday. It was scheduled to leave the Karachi Port at 5:30 am on Tuesday. “It was Byco’s cargo,” the official said.

“Byco refinery has planned to export around 25,000 tons of furnace oil…,” the Petroleum Division official said. When contacted, Byco neither confirmed nor denied the development.

It remains not known what is the export destination of the Pakistani cargo. A market source, however, said it was going to an oil-rich Middle Eastern country.

He added that the refinery was exporting the cargo through a Dutch-based international oil trading firm, which had a significant stake in a local oil marketing company and had storage operations in Pakistan.

The Petroleum Division official said late last week “refineries’ stocks were piled up to the level of 105,000 tons in December 2019, which have now been reduced to 40,000 tons due to furnace oil consumption by power producers.”

“The production of around 2,000 megawatts of electricity from furnace oil will address the issue of excessive oil supplies at the refineries. The pricing, however, may remain an issue, going forward,” an official of a refinery said after meeting Special Assistant to Prime Minister on Petroleum Nadeem Babar last month.

It, however, remains unconfirmed how much furnace oil the power producers are taking from refineries each day and how much power is being produced using the oil these days.

The government has told the refineries that it will take supplies only till the end of February and not after that.

The refineries had reached to the point of shutdown after their reservoirs spilled over with furnace oil and hindered production of other co-products like petrol, jet fuel and diesel by the end of December 2019.

It happened due to two reasons. One, the government shifted power production to the environment-friendly and slightly cheaper fuel, re-gasified liquefied natural gas (RLNG) Second, the United Nations (UN) International Maritime Organisation (IMO) banned the use of high sulphur-containing furnace oil, which local refineries produced, with effect from January 1, 2020.