Chairm­an says score fallin­g by one is ‘within standa­rd margin of error’
By ​ Our Correspondent
Published: January 26, 2020
Tweet Email 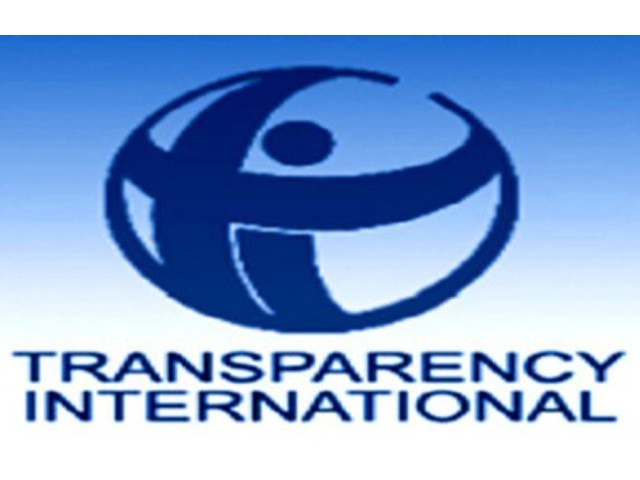 ISLAMABAD: The head of the Transparency International’s Pakistan chapter on Sunday maintained that the country slipping three spots in the global graft perception index for 2019 did not reflect an increase of decrease in corruption as its score falling from 33 to 32 was “within the standard margin of error”.

“The lowering of Pakistan’s score by one does not reflect any increase or decrease in corruption as it is within the standard margin of error which is 2.46%,” a statement quoted TI Pakistan Chairman Advocate Sohail Muzzafar as saying.

He pointed out that the score had been lowered from 88 to 87 for Denmark, which was the least corrupt country in both 2018 and 2019.

“A number of politicians, TV channels and newspapers have misreported the CPI [Corruption Perceptions Index] report, and given false figures [sic] trying to damage the reputation of Pakistan,” he added.

Muzzafar said the statement had been issued to set the record straight.

He claimed that the 2020 data from the Bertelsmann Stiftung Transformation Index (BSTI) – one of the eight sources used in the Pakistan CPI – had not been made public so far. Certain segments of the media, he added, were quoting data from 2018 index.

“And the scores of other 6 sources used in CPI are all different from 2018. Scores of 3 sources (WB, PRS, EIU) are [sic] increased and in [the remaining] sources (VDP, WEF, GICR) the scores are reduced.”

He added that it had also not termed the governments of PML-N and PPP as “cleanest” and “second cleanest” respectively.

“[The] CPI do [sic] not include any data of any survey conducted by Transparency International,” he clarified.

“[The] CPI is compiled by Transparency International at Berlin and TI-Pakistan has no role in [the] preparation of the CPI.”

The TI Pakistan chairman also pointed out that he praised the anti-corruption efforts of present government and the better performance of NAB in an earlier press statement.

On Friday, a day after the report was released, the federal government on Friday dismissed TI’s annual global graft perception index as “biased” and “unfair”.

Speaking at a news conference, Special Assistant to the PM on Information Dr Firdous Ashiq Awan raised questions over the “transparency” of the TI itself.

She alleged that the Pakistan chapter of the TI was granted favours by the previous PML-N government.

However, she has now welcomed the TI Pakistan chief’s clarification.

The opposition had declared the TI report had exposed the PTI government.