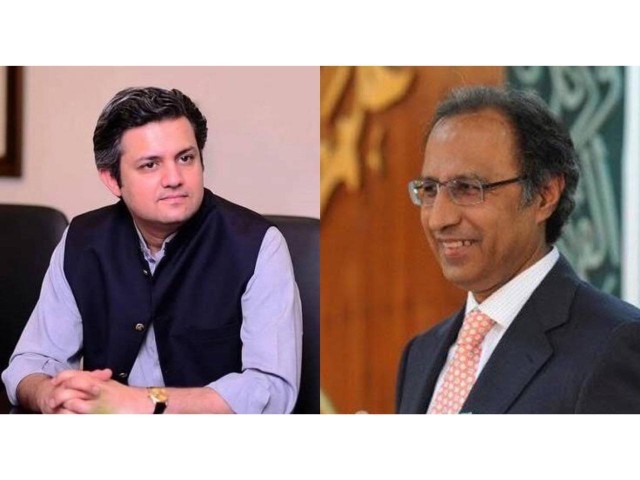 ISLAMABAD: The Ministry of Finance has declared a report of the economic affairs ministry about $5.5 billion worth of borrowing by Pakistan over the past six months “against the national interest”, saying it has sent erroneous signals to the market.

“Contentions of the report are not only misleading, but also against the national interest as the report sends erroneous signals to the markets, which can have potentially negative consequences for Pakistan’s rapidly stabilising economy,” said the Ministry of Finance in a statement while commenting on news stories based on the economic affairs ministry’s report.

The statement was issued three days after the economic affairs ministry published a report that showed that bilateral and multilateral creditors and commercial banks disbursed $5.52 billion in loans to Pakistan in Jul-Dec of current fiscal year 2019-20.

The economic affairs ministry’s report is also available on its website and this news site.

The term “national interest” has been repeatedly exploited by various governments to hide their inefficiencies and a lack of inter-ministerial coordination.

The media published stories on the basis of economic affairs ministry’s monthly foreign disbursement report, which was made public by the ministry on January 21. Till about six months ago, the Economic Affairs Division was part of the Ministry of Finance. But Prime Minister Imran Khan separated the division from the main finance ministry and appointed Hammad Azhar as the minister for economic affairs.

It was reported earlier that the State Bank of Pakistan had not released the external debt repayment data for the first half, therefore, it was not clear how much of the $5.5 billion had been utilised to repay the maturing debt.

The finance ministry on Saturday disclosed the repayment figure for Jul-Dec 2019 for the first time.

The economic affairs ministry report showed that the disbursement of $5.5 billion was higher by $3.4 billion or 156% compared with loans of $2.2 billion received in the same period of previous fiscal year.

The finance ministry contended that reporting the gross external debt inflows only presents one side of the picture, ignoring outflows on account of repayments, which are the other side of the picture, and a prerequisite for calculating the net or actual increase in external indebtedness of the country.

“Whereas the reported gross disbursement was $5.5 billion in Jul-Dec 2019, deducting the $3.8 billion, which the government paid back during the said period, leaves a net figure of $1.7 billion,” stated the Ministry of Finance.  Therefore, the real addition was $1.7 billion, and not $5.5 billion, it added.

The Ministry of Finance maintained that the government recorded net inflows of multilateral and bilateral debt while there was a net retirement of commercial loans and Eurobonds during Jul-Dec 2019, depicting enhanced debt sustainability.

“It is also important to highlight that the growth in gross external inflows was recorded at 31% during Jul-Dec 2019 when compared with the same period of last year, instead of 156%,” it added. The ministry clarified that the gross external public debt inflows during fiscal year 2018-19 were recorded at $10.5 billion and not $16 billion as claimed by a section of the press.

However, the finance ministry is misstating the facts by claiming that the gross external public debt inflows stood at $10.5 billion. It did not include the disbursement of $3 billion by Saudi Arabia, $2 billion by the United Arab Emirates (UAE) and $500 million by Qatar in the gross foreign receipts.

Prime Minister Imran Khan had twice visited Riyadh to seek help of Gulf countries in order to avoid default on international debt obligations.  The finance ministry stated in its statement that the government repaid $7.4 billion in the last fiscal year, resulting in a net increase of $3.1 billion in the external public debt.

But it has again hidden the full facts. After including $5.5 billion in loans from Saudi Arabia, the UAE and Qatar, the net increase in debt was $8.6 billion in the previous fiscal year.