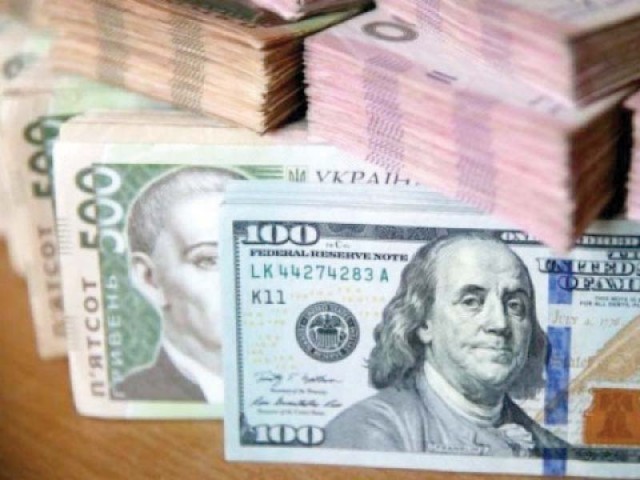 Out of $5.5 billion, Pakistan received $4.7 billion or 84.7% in non-project aid - the sum that has been used to either finance the budget, build foreign currency reserves and buy oil. PHOTO: FILE

ISLAMABAD: Pakistan saw a 156% surge in disbursement of foreign loans that increased to $5.5 billion in first half of the current fiscal year but non-project loans rose to 84% of the total receipts, which could compound Islamabad’s debt sustainability issues.

Pakistan has taken another Chinese commercial loan of $700 million from China Development Bank as the government struggles to enhance its non-debt creating inflows.

Foreign loan disbursements have picked up significantly after signing of the International Monetary Fund (IMF) loan programme, which is providing a cushion to the government to meet its external financing needs.

But the disbursement by the World Bank and Saudi Arabia against its $3.2-billion annual oil credit facility remained low during the July-December period of the current fiscal year.

Bilateral and multilateral creditors and commercial banks disbursed $5.52 billion in loans in the July-December period of fiscal year 2019-20, according to figures released by the Ministry of Economic Affairs on Tuesday.

The State Bank of Pakistan has not released the external debt repayment data for the first half, therefore, it is not clear how much of the $5.5 billion has been utilised to repay the maturing debt.

The disbursement was higher by $3.4 billion or 156% compared with loans of $2.2 billion received in the same period of previous fiscal year.

The $5.5 billion in loans were equal to 43.7% of the projected $12.6-billion borrowing that the Pakistan Tehreek-e-Insaf (PTI) government has targeted to secure in the current fiscal year in a bid to bridge the current account deficit and meet the debt repayment requirement.

In its first year in power, the PTI government had acquired $16 billion worth of external loans.

The break-up of the $5.5 billion loans showed a trend that suggests that Pakistan’s external debt woes would not ease in the near future and it will keep taking new loans to repay the old loans.

Out of $5.5 billion, Pakistan received $4.7 billion or 84.7% in non-project aid – the sum that has been used to either finance the budget, build foreign currency reserves and buy oil. Out of this, the direct budget and balance of payments support stood at $3.8 billion or 70% of the total loans.

The project financing remained at only $865 million, which means these loans were used for some productive purposes. However, as compared to the previous fiscal year, there was 60% reduction in the project loans.

Foreign exchange-related risks elevated in fiscal year 2018-19 that ended in June last year, according to the new Public Debt Management Risk Report of the Ministry of Finance. The report showed that Pakistan’s short and long-term foreign debt maturing in fiscal year 2018-19 increased to 158.7% of the total liquid foreign currency reserves by June 2019.

The borrowing of $5.5 billion in July-December of this fiscal year included $1.8 billion in commercial loans, which was equal to 90% of the annual borrowing target of $2 billion. Pakistan secured $700 million in new loan from China Development Bank and $50 million from Dubai Bank in December alone.

The disbursements by bilateral lenders stood at $524 million, which was higher than the annual target of $480 million. China disbursed $392 million in project financing in the first six months of this fiscal year. Beijing disbursed $198 million for the Havelian-Thakot road project and $122 million for the Sukkur-Multan motorway that has been completed.

The Asian Development Bank has turned out to be a saviour for the government that has so far provided $2.1 billion, exceeding annual target of $1.7 billion. However, out of $2.1 billion, the ADB’s budgetary support loans amounted to $1.8 billion including a billion dollars crisis response facility.