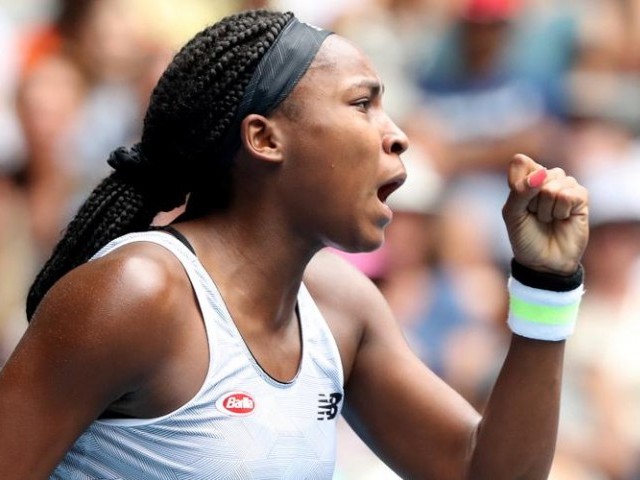 Japan's star defeated the teenager in straight sets of last year's US Open in their only previous match. PHOTO: AFP

Coco Gauff avenged her defeat at 2019 US Open at the hands of Naomi Osaka by beating the Japanese former world number one 6-3 and 6-4 on Friday.

The 15-year-old tennis prodigy brought her A game to the Rod Laver Arena as she went full throttle from the start of the match.

Osaka, clearly struggling to find form and the middle of the racquet, was found mumbling to herself after losing points again and again by hitting long or into the nets.

Gauff was ecstatic after the win, but she didn’t care who her next opponent was and only wanted to get some “good sleep”.

When asked about how she felt playing at the Rod Laver Arena, Gauff said she would like to take a selfie with the tennis legend for her Instagram.

In the post-match interview, Gauff also talked about how her teachers gave her extra time to submit assignments since she was playing at the Australian Open.