PTI govt rules out selling its OGDC stake at a discount

PTI govt rules out selling its OGDC stake at a discount 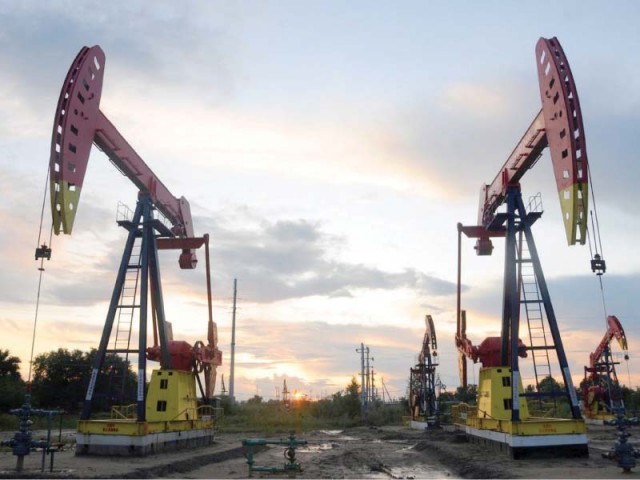 The OGDCL is a profitable and a well-managed company and there are different opinions about the need for selling stakes in the firm that was a constant source of dividend income for the federal government. PHOTO: FILE

ISLAMABAD: The federal government on Wednesday ruled out the possibility of selling up to 7% of its stake in Oil and Gas Development Company (OGDCL) at a discount after the blue-chip company’s share price plunged by 3.34%.

There is absolutely no consideration to offer OGDCL shares either at a discount or on an historical average, the Ministry of Privatisation stated in intimation to the Pakistan Stock Exchange. Any rumours pertaining to transaction structure size or discounted divestment price are strongly refuted, it added.

The privatisation ministry said that up to 7% OGDCL shares will be offered at a value that is best reflective of the fundamentals of OGDCL including its strong financials.

It is the third time in the past almost eight years that the federal government was trying to offload stakes of the OGDCL at either the PSX or in the global capital markets. Earlier, the Pakistan Peoples Party (PPP) and the Pakistan Muslim League-Nawaz (PML-N) governments had also tried to divest the company’s shares to raise funds for budget financing but had to abandon the transactions.

Last time, in November 2014 the PML-N government had scrapped the OGDCL transaction after investors subscribed to only half of the total shares offered to international and domestic institutional investors.

The Pakistan Tehreek-e-Insaf (PTI) government wants to divest 7% or 290 million shares and is anticipating earning a minimum Rs45 billion or $290 million. The notional price is worked out on the basis of nearly Rs155 per share and a significant dip in share prices may make it difficult for the PTI government to sell the stakes at the blue-chip company.

The OGDCL is a profitable and a well-managed company and there are different opinions about the need for selling stakes in the firm that was a constant source of dividend income for the federal government.

Sources in the privatisation ministry told The Express Tribune that a consortium of Credit Suisse, Arif Habib Limited and AKD Securities turned out to be a successful bidder and will be hired as financial adviser. It beat the other consortium comprising of Citibank, HBL and Next Capital.

The government will now seek the approval of the Privatisation Commission Board to hire the Credit Suisse-led consortium to undertake the transaction.  After the Federal Board of Revenue’s failure to meet its targets and the International Monetary Fund’s decision to cap the central bank’s quarterly profits, the government is trying to sell its assets to raise funds for meeting the budget deficit related targets.

Apart from the OGDCL transaction, the privatisation ministry is also in process of selling two LNG-fired power plants in the hope of earning Rs300 billion or $1.5 billion in non-tax revenues.