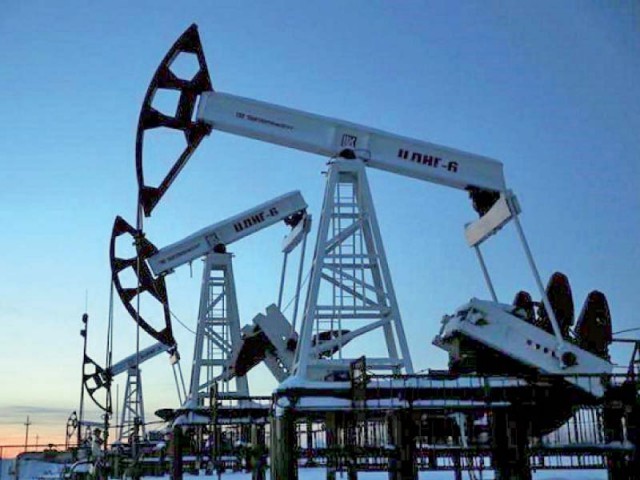 ISLAMABAD: Pakistan has offered Russia to participate in the divestment of government’s shareholding in the country’s largest state-run oil and gas explorers – Oil and Gas Development Company (OGDC) and Pakistan Petroleum Limited (PPL) – and become a strategic partner by acquiring shares.

Pakistan has also asked Russia to become equity partner in Pakistan Refinery Limited (PRL), a subsidiary of Pakistan State Oil. Interested Russian companies may consider equity participation and/or getting engineering, procurement and construction (EPC) contract for the revamp and upgrade of the refinery.

Both sides have welcomed the readiness of Russian firm Zarubezhneft and Pakistan’s OGDC, PPL and Mari Petroleum for negotiations on implementing joint investment projects for the development of oil and gas fields.

Pakistan’s oil and gas companies will come up with proposals for specific projects, which the Russian firm will consider for investment decision.

Pakistan and Russia signed a protocol on December 10, a copy of which is available with The Express Tribune, following the seventh meeting of the Russia-Pakistan Working Group on Energy Cooperation during the visit of a Russian delegation to Islamabad.

The two sides discussed the development of cooperation in the energy sphere and expressed the desire to strengthen and deepen it. During talks, consensus was reached on some areas of cooperation.

Subsequent to the signing of a memorandum of understanding by the Ministry of Energy of the Russian Federation and the Ministry of Energy (Petroleum Division) of Pakistan on cooperation in implementing an offshore gas pipeline project on Sept 27, 2018, the nominated entities – Public Joint Stock Company Gazprom and Inter State Gas Systems – signed an inter-corporate MoU on Feb 6, 2019.

The Russian side was requested to expedite the preparation of a feasibility study for the project. Moreover, Pakistan said it was ready to share available data subject to the signing of a confidentiality agreement and relevant documents between the two companies.

Both sides encouraged Gazprom International and OGDC to jointly work on the envisaged areas of cooperation in Pakistan and other countries. It was noted that Gazprom was currently reviewing the Rajian field of OGDC for enhanced oil recovery whereas OGDC was in the process of evaluating an opportunity in which Gazprom could work as an operator.

The Pakistan side encouraged Russian exploration and production companies in general and Gazprom, Tatneft and Lukoil in particular to consider participation in upstream projects in Pakistan including the forthcoming bidding of exploration blocks, either as independent operators or in joint venture with Pakistan government-owned and private companies.

The Russian side revealed that Novatek company was interested in discussing liquefied natural gas (LNG) supplies to Pakistan. The Pakistan side, while appreciating the interest, asked the company to participate in LNG tenders.

Both sides also announced their support for the Russian state company Geological Holding Rosgeo, which intended to undertake land and offshore geological exploration work for Pakistan’s oil and gas companies – OGDC and PPL.

They expressed support for the training and professional development of specialists in Pakistan in the field of oil and gas on the basis of joint programmes of Rosgeo and the Russian State Geological Exploration University.

Pakistan named the Directorate General Petroleum Concessions, OGDC and PPL as counterpart entities to further discuss the proposal in detail. Both sides discussed the inter-governmental agreement on cooperation in the implementation of the North South Pipeline project signed on Oct 16, 2015, subject to approval of the revised project structure by Pakistan.

They agreed to finalise necessary procedures for signing a protocol of amendment to the inter-governmental agreement within one month from the date of approval of the project structure.

The Russian side noted the interest of Institute Hydroproject – a subsidiary of RusHydro – in performing geological exploration work for oil and gas deposits in Pakistan.

The Russian side expressed its interest in continuing to work on the inter-governmental agreement on the implementation of a project for the construction of a 600-megawatt combined-cycle power plant in Jamshoro. It expected that Pakistan would take a positive decision on the feasibility of the project.

The Pakistan side said given the existing power demand and supply scenario in the country, the Ministry of Energy (Power Division) was reviewing proposals of power generation. “The outcome of the review will be conveyed to the Russian side soon,” it said.

Both sides supported the interest of Inter Rao Engineering, which was considering the possibility of participating in projects of power generation and rehabilitation of existing generation capacities in Pakistan.