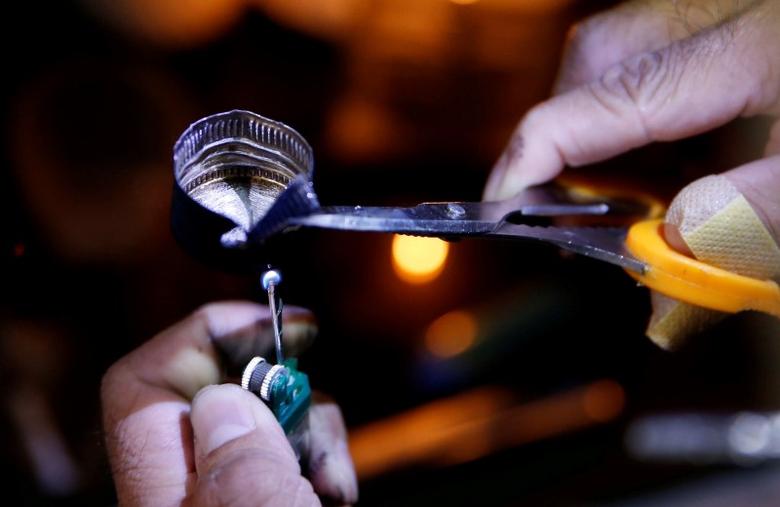 PESHAWAR: With limited access to rehabilitation and care, the most downtrodden of the drug affected are often left to brave the streets, where life is crippling and everyday a challenge. Drug addicts, who are often ostracized from their families and are forced to live on the fringes of society, can be profiled by their disheveled appearance and constant turmoil, which can leave anyone a mere skeleton of the person they once were.

In a bid to encourage drug users in the provincial capital to envision a new lease on life, students from Institute of Management Sciences (IMScience) Peshawar, set up grooming camps and offered personal hygiene sessions to the most disheveled of drug users on the streets of Karkhano Market, last Tuesday. The students, who belonged to a youth organisation called IM Volunteer collaborated with the Anti-Narcotics Force (ANF) and gave drug users free haircuts, groomed their beards and provided them with new clothes for a complete makeover.

A free medical camp was also set up at the Karkhano Market, which has long been a place of congregation for drug users in the city. After the grooming session, the drug users were also served a hot meal each and the volunteers encouraged them to adopt a healthy lifestyle.

According to ANF officer Ahmas Bin Tariq, the aim of the camp was to reintroduce drug affected people as healthy and functional members of the society and encourage them to partake in the development of the nation. “ANF has been endeavoring to create awareness regarding drug use and abuse among the youth, and with the joint efforts of the government and the civil society we’re confident that we will soon eradicate the drug epidemic from our society.”

Addressing the campaign, Chairperson IM Volunteer Shahzad Haneef said that their camp yielded positive results last year, which encouraged them to set it up again this year. “In 2019 we provided health facilities to approximately 100 drug addicts, out of which 40 people were able to break away from their addiction and resume a normal lifestyle.”

Haneef further added that this year, they’ve taken the idea forward and provided free grooming and hygiene sessions to a hundred more addicts, who will be treated and transported to the drug rehabilitation facilities.

“Around 5,000 people in Peshawar are affected by drugs while the numbers are much worse for K-P. This includes around 400 children and some 18 women, who’re dependent on drugs like Heroin and Meth but sadly there is no separate facility for the treatment of women and children in the city. Although the government did open a single rehabilitation facility in Faiqirabad but it has been unable to bear the burden of the entire province,” Haneef informed.

The chairperson also lamented on the fact that despite the brimming drug epidemic in the country, there is no actual data for drug affected people present with the government and the last official statistic comes from United Nations Office on Drugs and Crimes (UNODC)’s survey in 2013, which marked approximately 4.25 million people to be drug-dependent in the country.

“A significant portion of drug users in the country happens to be the youth and the government and stakeholders should join hands and work for their betterment before it is too late,” he added.

Talking to The Express Tribune, Rehabilitation Officer at the Center of Rehabilitation for Drug Addiction, Faqirabad said that the center has been working since 2004. “We started out with just 25 beds for drug affected people but now the government has increased it to 100 beds and we provided free medicine and 45 days of treatment and detoxification to the patients we intake.”

The Rehabilitation officer informed that around 110 patients were admitted with them while occupancy of the center is just 100 beds, adding that despite the increasing number of women and children associated with drug use, there is yet no dedicated rehabilitation facility for them.

“However, the government will soon start working on establishing 11 centres across different districts of the province where drug users will be provided free treatment and other facilities to help them resume a normal lifestyle and reintroduce them as productive members of society,” he concluded.