Bacha Khan: an epitome of peace

Bacha Khan: an epitome of peace

The best tribut­e to him is to uphold his ideals by making Pakist­an a true federa­l democr­acy
By Syed Akhtar Ali Shah
Published: January 21, 2020
Tweet Email 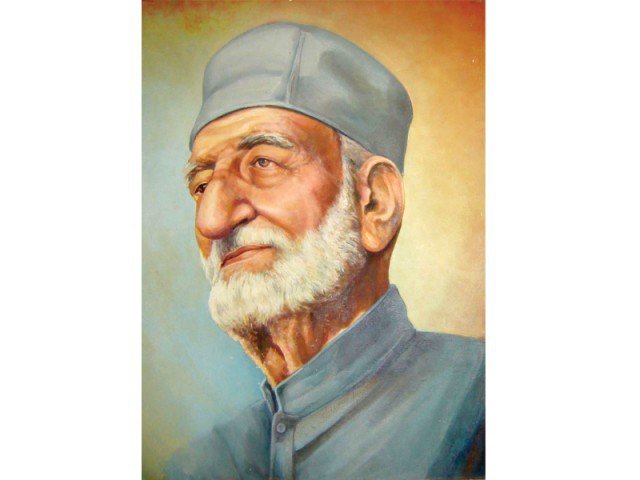 The death anniversary of Khan Abdul Ghaffar Khan, popularly known as Bacha Khan, was commemorated yesterday (January 20) by his admirers and followers, and events like public meetings, seminars, poetics sessions, painting contests, quiz competitions and dramas will continue throughout the country beyond January 20. Epoch-making personalities like Bacha Khan can be best assessed in terms of their interaction with the times in which they lived. Such people have left behind a political legacy with a long-lasting imprint on the course of history.

Most theories of political philosophies world over have focused on the utility of basic human rights for the attainment of rich and meaningful life for the citizens of a country. Peace is a prerequisite for the enjoyment of fundamental rights. Epitomising non-violence and peace as a creed, Gautama Buddha and the Christ stand out in the annals of history. In the recent history, however, Tolstoy is considered an exponent of peace and non-violence. His writings have deeply influenced the minds of the emerging statesmen of his time and after.

In the contemporary period, Tolstoy left deep impressions on the thoughts of Gandhi who embraced the ideals of nonviolence and passive resistance using it as a weapon against the apartheid in South Africa. But in the history of India, Pakistan and Afghanistan the iconic personality of Bacha Khan emerged as the tallest. He also went through similar experiences of self-realisation and non-violent resistance. Though born and brought up in a typical Pashtun family of rural background, Bacha Khan had the vision, courage and firmness not to blindly follow the old trodden path hindering the progress and unity of the Pashtun society. Therefore, from the beginning, he denounced the norm of ‘badal’ code of honour. He vigorously campaigned against this as the Pashtun society had been bedeviled and fractured with blood feud and tribal enmity. High on his agenda of his reform movement was his struggle to purge the society of its vices that include gender discrimination, disregard for education and religious extremism.

Being under the burden of geography, located at the juncture of two superpowers, the Pashtuns were battered by colonial rulers as they considered them to be the weakest link in their defence against potential invaders through Afghanistan. Bacha Khan pondered over the miseries of Pashtuns and discerned that the emancipation of the mind and the soul lay in freeing the society from evil. In a rural setup, the young man in the prime of his youth established his first school in Utmanzai, soon to be followed by a chain of more in other parts of the Pakhtunkhwa. Those activities raised the concern of the British who were averse to such kind of sociopolitical activity in this part of the Indian empire. The British could not, however, break his resolve even after using all means possible, from bribes to intimidation and incarceration. His courage of conviction led him to form Ajuman-e-Islahe Afghana enabling him to continue with the campaign of social reforms. His other crowning achievement was the publication of Pashto-language Journal ‘Pakhtun’. The zenith of his struggle came in the form of the Khudai Khidmatgar movement, which helped in imparting political awareness to the people of the Pashtun belt.

Like a visionary, he could see a river in a drop of water. Whilst alive and attached to his passion for freedom from the colonial imperialists, he did not lose sense of realism. He had the vision that the might of imperialism could not be brow-beaten with an armed struggle and, therefore, popularised the idea of non-violent struggle imbuing the ideas and might of morality and ethics. Reaching every village, with person to person contact, he tried his best to foster unity among the fragmented groups of the Pashtun community that lay divided along tribal and religious lines. The irony is that even after the winding up of the British rule, the light of democracy associated with fundamental rights never dawned upon the people in Pakistan. With his motto ‘never say die’, he never compromised on the issues of political rights and carried on his struggle for democracy, bearing all hardships at the hands of new tormenters. His warning that the forced policy of centralisation was dangerous for the unity of different cultural entities of the country proved prophetic as we lost half of Pakistan. His predictions about the Afghan conflict also came true as the so-called jihad in Afghanistan brought nothing but death, destruction and displacement, to the country in general and Pashtuns in particular. Unfortunate we do not learn lessons from history. We have not made humane and loving personalities like Bacha Khan our national heroes and instead cultivate fake ones. In the words of George Orwell: we are rewriting history, as those that control the past control the present.

His romance and commitment to the philosophy of non-violence, democratic values, national rights and reawakening of the nation and the downtrodden through struggle has made him not only immortal but one of the greatest personalities of this age.

Bacha Khan’s personality had left deep imprints not only on the struggle for independence before 1947 but also upon democratic movements in Pakistan. Perhaps Asma Jahangir had best summarised the contribution of Bacha Khan in one of her last speeches as, “A Pakistan without Pakhtuns and a Pakistan without Bacha Khan would have been a narrow-minded Pakistan.” The best tribute to him is to uphold his ideals by making Pakistan a true federal democracy.

The trial of Donald J Trump