Over 5,000 prisoners suffering from HIV/Aids, hepatitis in Pakistan

Over 5,000 prisoners suffering from HIV/Aids, hepatitis in Pakistan 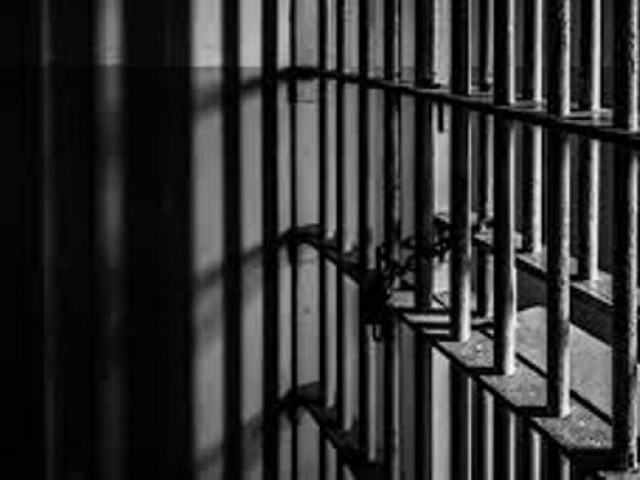 ISLAMABAD: At least 5,189 prisoners housed in jails across the country are suffering from diseases like HIV/Aids, and hepatitis C, said Federal Minister for Human Rights Shireen Mazari, while presenting a report before the Islamabad High Court (IHC) on Thursday.

The single-member bench comprising Chief Justice IHC Athar Minallah was presiding over a case pertaining condition of jails in Pakistan.

According to the report, as many as 5,189 inmates in prisons across the country were infected with lethal diseases including HIV/Aids hepatitis and such.

The report highlighted that among these inmates, 425 infected with HIV/Aids while some 1,832 were suffering different forms of hepatitis.

Elaborating figures of HIV patients, the report said that some 255 men and two women prisoners in Punjab, 115 men and a woman in Sindh were infected with the deadly virus.

The number of such prisoners in Khyber-Pakhtunkhwa (K-P) and Balochistan is 39 and 13 respectively.

The report stated that some 290 male and eight female prisoners in Punjab jails were suffering from different forms of mental illnesses and disorders followed by 235 male inmates in K-P, 50 in Sindh and 11 in Balochistan.

The report compiled by the ministry asserted that more than 65 per cent of inmates in the overcrowded prisoners have not been convicted so far and they were under-trail prisoners when they are still under trial in the courts.

The percentage of under-trial prisoners was highest in K-P at 71, while 70 per cent inmates in Sindh were languishing behind bars as their cases lingered on in courts. In Balochistan 59 per cent prisoners were under trial and in Punjab 55 per cent were waiting for conviction.

At the outset of the hearing, the court appreciated that the minister came to the court to present the report. Mazari responded that she wanted to submit the report herself therefore she attended the hearing.

Justice Minallah remarked that it was the basis of Islamic philosophy that prisoners should be treated like human beings. He added that Holy Prophet (PBUH) taught the world to treat people with human dignity and respect. “It is our philosophy that though 100 criminals may escape, one innocent should be punished,” he said.

The minister expressed that her ministry has given recommendations to build separate cells for prisoners who were transgender.

She said that the government had formed a committee comprising Federal Law Minister Farogh Naseem and Ali Zafar on jail reforms and added that this report would be presented before it too.

Justice Minallah lauded the minister’s interest in the matter and remarked that the court appreciates her work.

The long-standing issue of missing persons also came under discussion during the hearing. Mazari said that hundreds of people had been missing from their homes for more than five years and their families were going through a lot of pain and agony.

At this, Minallah said that the recovery of the missing persons was the responsibility of the government and added that the state should explain why it was happening so widely.

The court expressed that Islam had given a better account of the basic human rights than the British law promulgated in the country. He highlighted that Islam was the first-ever religion that conferred rights to the prisoners.

The minister informed that the ministry was also running an awareness campaign against child abuse in general as well as in prisons. The court asked whether the minister has done anything on child abuse in jails to which Mazari responded that she also shed light on the matter in the report.

Minallah hoped that political leadership would also work and fix this issue.

Later, the court summoned details of international laws for prisoners and adjourned the case until February 15.

Mazari lamented that jails across the country lacked facilities for transgender people as well as sick inmates and noted that there were not even separate washrooms for the sick and disabled prisoners.

Mazari demanded that the prisoners should be paid wages against the labour work they do during imprisonment as it would help them financially when they are released.

Getting wages for labour in jail was mentioned in the jail manual but rarely implemented, she said adding it was a dilemma that the majority of the prisoners were not even aware of their rights.

She called for displaying charts inscribed with prominent rights of prisoners in all jails of the country.

Mazari said that they have submitted the report on jail reforms in the court and it was its discretion to decide on the matter.

She told that the bill for declaring enforced disappearances a criminal offense has been already sent to the law ministry.