New Sindh IGP to be appointed early next week

New Sindh IGP to be appointed early next week 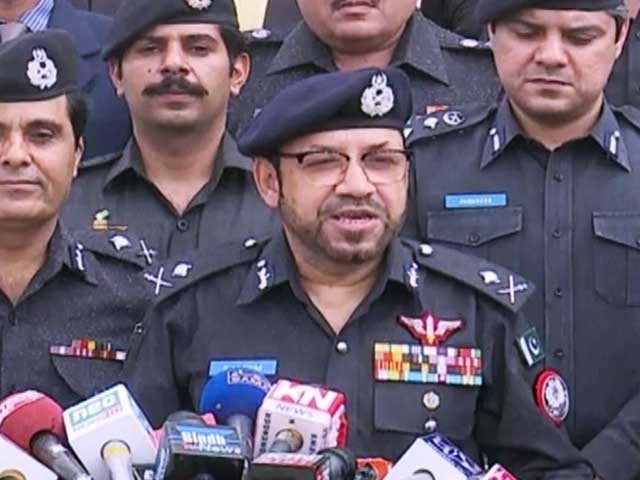 On January 16, the Sindh government had written a letter to Establishment Division of the federal government, requesting the immediate surrender of Imam’s services. In a telephonic conversation with Prime Minister Imran Khan, Sindh Chief Minister Syed Murad Ali Shah suggested three names for Imam’s replacement as well. According to sources, the letter requesting the transfer was forwarded to the PM House after the telephonic conversation.

“The provincial cabinet is unanimously of the view that the Sindh IGP has lost the confidence of the provincial government due to his inability to lead the Sindh police, observe federal and provincial laws, control crimes and improve the general law and order situation in the province. Therefore, he may be recalled immediately,” said the letter, issued by the Sindh services secretary.

The letter referred to the cabinet’s decision and allegations levelled by its ministers against Imam, stating that the police chief had failed to control incidents of crimes such as kidnapping, extortion, mobile phone snatching and vehicle theft during his tenure.

A day later, the federal government responded saying that an Additional Inspector General of Police (AIG) could not be appointed as an interim replacement for Imam, as suggested by the provincial government, under the Inter-Provincial Agreement of 1993. “In case the competent authority decides to transfer Dr Kaleem Imam…a stop gap arrangement on any basis can only be made by the competent authority,” said this letter.

It further stated that Imam will continue as the Sindh IGP until the “competent authority” reaches a decision on the matter. In line with this, the federal government has asked Imam to continue his duties until a decision is made about his replacement.

Meanwhile, officials of the Sindh government, speaking to The Express Tribune, said that both the PM and CM Shah agreed on Imam’s transfer. “He will be replaced by another official by early next week. Imam is going for sure,” confirmed an official.

Reacting to the perception that the Sindh government was usually unhappy with the IGPs appointed in the province, the CM House spokesperson told The Express Tribune that previous police chiefs had either retired or been replaced by either courts or the federal government. “The Sindh government has not changed any IGP before,” he claimed.

The Sindh government’s request to replace Imam was met with an outcry by opposition leaders from the Pakistan Tehree-e-Insaf (PTI) and the Muttahida Qaumi Movement-Pakistan, who claimed that provincial ministers were defaming Imam and the police department.

Defending the Sindh cabinet’s decision to ask the federal government to replace Imam, Sindh Information, Archives and Labour Minister Saeed Ghani said that police officers could not be allowed to tarnish the image of the provincial government. “There are a few black sheep in the police department who are constantly striving to bring a bad name to the sitting Sindh government,” he claimed.

The minister was talking to the media after attending the annual theatre display at the Arts Council Institute of Arts and Crafts.

According to Ghani, while PM Khan was on board with the replacement of the incumbent IGP, some PTI leaders in Sindh were opposing the move in order to protect their own vested interests.

“There are some police officers who are involved in hatching conspiracies against the Sindh government, under Imam’s leadership,” he asserted, suggesting that police officers interested in politics should join the PTI.

Referring to the allegations against him by Shikarpur SSP Rizwan Ahmed Khan, which surfaced in a two-year-old report on Friday, Ghani vowed to approach every legal forum against the officers involved in conspiring against the Sindh government. He said that he and his colleagues were not afraid and would face the allegations bravely, adding that he had no objection to an inquiry to unearth the truth behind the accusations.

He further said that Sindh Energy Minister Imtiaz Ahmed Shaikh, who was also accused of criminal activity by the Shikarpur SSP in another ‘secret’ report, would soon clarify every allegation made against him.

“How can a police officer who himself is corrupt blame the cabinet members of wrongdoing?” he asked, adding that he would expose the unlawful activities of such officers.

Meanwhile, heading a meeting at the Central Police Office on Saturday, Imam discussed crime and security in the province with Sindh’s AIGs, DIGs and SSPs.

Appreciating the performance of police officials, Imam said that a seven per cent decrease in street crime had been seen in the province, while Karachi had improved from ranking at 6 in the international crime index to 88 as a result of effective policing.

“We believe in the law and Constitution of Pakistan, and its implementation is the requirement of our duty,” he said, adding that tourists and travellers were visiting Sindh due to the improved law and order situation here.

Action to be taken against govt employees benefitting from BISP