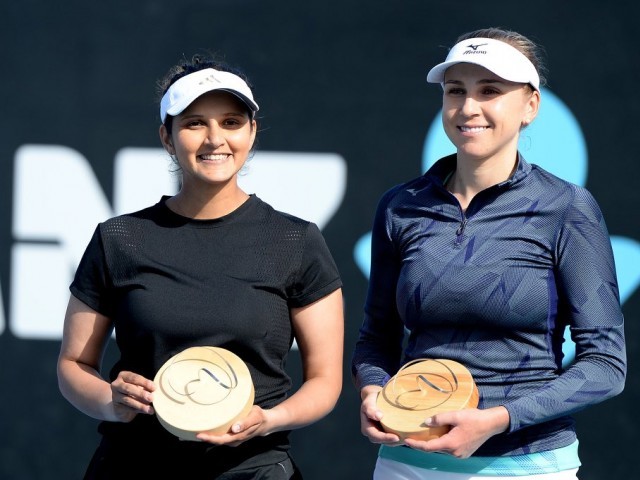 Sania Mirza completed her return to competitive tennis after nearly two years by winning the doubles title at the Hobart International.

The Indian tennis star was partnering with Nadiia Kichenok as the beat the Chinese duo of Zheng Shuai and Peng Shuai 6-4, 6-4 in the best of three sets final.

Sania, while talking to presenter after the match, said, “I couldn’t have asked for a better comeback.”

She later tweeted her and her partner’s picture with the title. The caption read: “Gosh that felt good. Title town after more than 2 years. What an amazing week in Hobart. What a journey it’s been.”

It was Kichenok and Mirza’s first win as a doubles pair and @MirzaSania’s first tournament back since leaving the sport in 2017 –> https://t.co/zSxgrN0Z8o pic.twitter.com/4YBlSsQozG

Before Hobart, the 33-year-old last played at the China Open in October 2017 before injuries and then the birth of son Izhaan in October 2018 meant an extended spell on the sidelines.