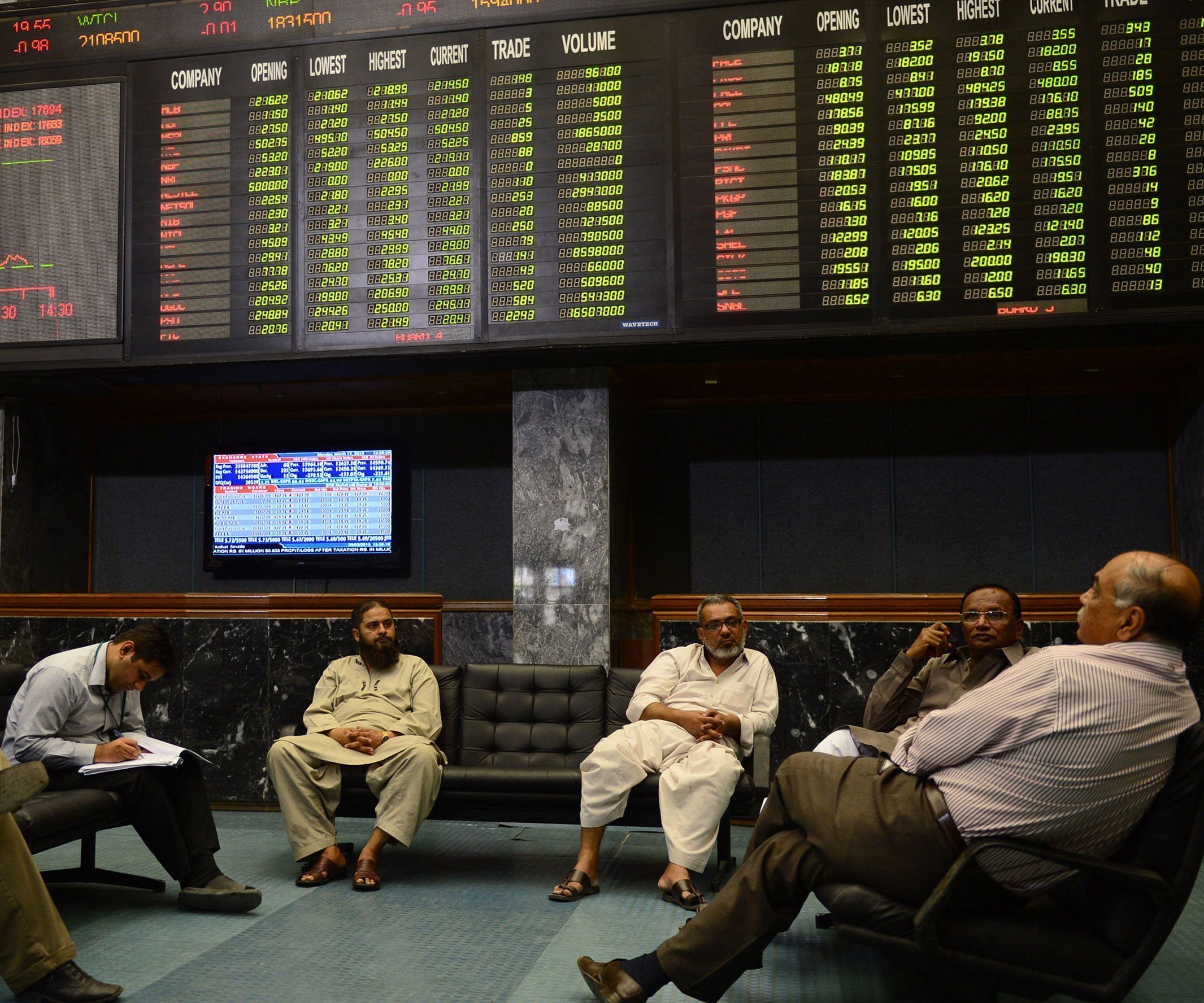 According to statistics released by the State Bank of Pakistan, FDI hit a two-and-a-half-year high at $487 million in December 2019. The monthly FDI accounted for over one-third of the total FDI inflow of $1.34 billion in the first six months (Jul-Dec) of current fiscal year 2019-20.

In the first session, stock trading began on an optimistic note and the index gained close to 200 points in early hours, however, volatility emerged later and wiped off some of the gains. Nevertheless, the first session ended with a rise of 116 points.

The second session began with a massive plunge but cherry-picking emerged in final hours, which completely erased the losses and led the index to a positive close.

JS Global analyst Maaz Mulla said the market remained volatile throughout the day, touching intra-day high of +151 points and intra-day low of -48 points. It closed at 43,168, up 103 points.

Traded value of stocks stood at $41 million while volumes came in at 211 million shares, down 4%.

Major contribution to the total market volume came from The Bank of Punjab (-1.6%), TRG Pakistan (+1.2%) and WorldCall Telecom (-1.5%), with cumulative trading in 60 million shares.

“This dull activity can be attributed to a lack of triggers which kept the market sideways,” he said.

The exploration and production sector moved up compared to the previous day’s close as crude oil prices inched higher in the international market.

“Moving ahead, as the corporate result season is about to start next week, the market is likely to trade sideways but overall the bullish momentum remains intact,” the analyst said.

Arif Habib Limited, in its report, stated that the week ended nearly where it began, ie near 43,000 points. “During the week, the index slipped towards 42,800 points but closed the week above 43,000,” it said.

Among oil marketing companies, PSO made an upward movement whereas stocks of exploration and production companies as well as refineries remained largely unchanged and declined respectively.

Throughout the week, political uncertainty had an impact that restricted the otherwise optimistic investors and brought the index performance to a halt, the report said.

By the end of trading, news of further foreign inflow of $500 million in treasury bills broke that proved to be the highest inflow in a single day, the report said.

“Positive sentiment was noted in the equity market but near close the activity pulled back the index,” it added.

Overall, trading volumes declined to 211.4 million shares compared with Thursday’s tally of 229.9 million. The value of shares traded during the day was Rs6.3 billion.

Shares of 357 companies were traded. At the end of the day, 179 stocks closed higher, 153 declined and 25 remained unchanged.

Foreign institutional investors were net sellers of Rs99.4 million worth of shares during the trading session, according to data compiled by the National Clearing Company of Pakistan.