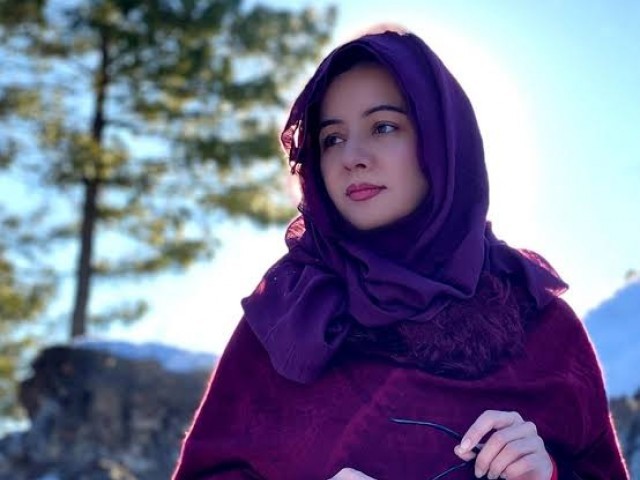 LAHORE  : Singer-turned-actor, Rabi Pirzada just released a hamd on social media and her fans are loving it. The wordings of the recitation plead for mercy and forgiveness, as the personality opened up about her new journey to The Express Tribune.

“I have put my sentiments into the hamd, as I counted His blessings upon me. I made the decision that whatever I do, will be for the purpose of pleasing Allah and I will stick to that decision,” said Pirzada.

“I am moving on a track that Allah has destined for me and I am happy this way. The satisfaction of pleasing God and engaging with my fans at the same time is beyond measure; it has shown me the light.”

She has also started calligraphy in order to cope with the ‘traumatic experience’ of her private videos being leaked on social media.   “Lately I have developed the habit of sitting in my room and doing calligraphy. I am actually a software engineer by profession so I can’t really say why the inclination towards writing down words but it jas really helped me,” she added.

The former singer also revealed that she will soon put up an exhibition of her paintings and calligraphy. “Besides, I will continue reciting Hamds and Naats since it gives me happiness.”

Pirzada concluded by saying that she has finally found the purpose of her life and she is content.