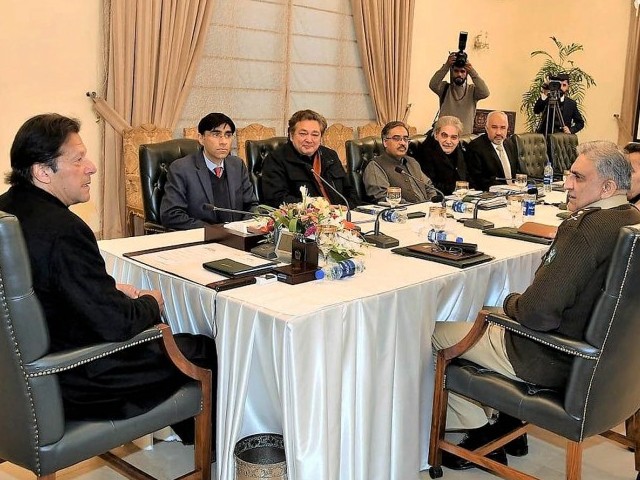 ISLAMABAD: Amid an unrelenting siege of Indian Occupied Jammu and Kashmir (IOJ&K) – the disputed region illegally stripped of its semi-autonomous constitutional status by New Delhi – Prime minister Imran Khan has said that Pakistan is ready for a referendum or a plebiscite in Kashmir.

He made the comments in an interview with Germany’s DW TV, which was aired on Thursday – the day when top civil and military leadership of Pakistan met in Islamabad to review the situation in IOJ&K.

A day earlier, the UN Security Council discussed the Kashmir situation for a second time since the revocation of its special status by Indian Prime Minister Narendra Modi in an attempt to take the disputed region off the table in any future talks with Pakistan.

According to analysts, Modi’s Kashmir move is part of a bigger agenda of his extremist government to change the secular status of India and turn it into a Hindu state. “India, which is a nuclear-armed country of 1.3 billion people, is in the hands of extremists,” Premier Imran said in the DW TV interview. “India has been taken over by a racially extremist exclusive ideology, which is called Hindutva,” he added.

Religiously motivated attacks on minorities, specially lynching of Muslims by Hindu cow vigilantes, have spiked since Modi’s coming to power. “The Hindutva ideology draws its strength from RSS [Rashtriya Swayamsevak Sangh],” Imran said. “I’m afraid this is going to pose a threat not just to Pakistan and other neighbouring countries or to India’s minorities, but eventually this will be a threat to world peace.”

The RSS was born in 1925 and its inspiration was from the Nazi party of Germany. “That is why the RSS ideology believes India only belongs to Hindus and the minorities are inferior,” he added.

He said Azad Kashmir holds free and fair elections and it elects its own government. “Like any other administration, they have their problems. But as I said, let us invite observers from all over the world. I assure you that they can go to the Pakistan side of Kashmir but won’t be allowed on the Indian side,” he added.

“Let the people of Kashmir decide what they want. Pakistan is ready for a referendum or a plebiscite. Let them decide whether they want to remain with Pakistan or to be independent,” he added, while responding to another question.

Asked if he thinks the international community is paying little attention to the Kashmir conflict, Imran said: “Sadly, yes”, considering the media attention the protests in Hong Kong are getting.

The silence of world on Kashmir is due to commercial interests because India is a big market, he said. In the strategic Western mind, India is supposed to be a counterbalance to China. “Therefore, you see a completely different approach…,” he added.

The meeting was convened a day after the UN Security Council for the second time in five months discussed the IOJ&K situation behind closed doors. The discussions were held at the request of China, one of the five permanent members of the 15-member UN body.

Although there was no formal statement issued by the council, Pakistan and China said the council was briefed by the UN military observers on the current situation in the IOJ&K as well as on the Line of Control (LoC).

According to a statement issued by the Prime Minister’s Office, the participants of Thursday’s meeting welcomed the consideration of IOJ&K in the Security Council on Jan 15 and noted that it reflected the international community’s recognition of the seriousness of the situation.

They condemned India’s inhuman lockdown of 8 million Kashmiris for over 165 days, the egregious human rights violations of Kashmiris by over 900,000 Indian occupation forces, and the threat posed to peace and security by the BJP government’s belligerent rhetoric and aggressive actions on the ground.

It was underlined that the RSS-inspired BJP government’s Hindutva mindset, with its anti-Muslim and anti-Kashmiri obsession, was responsible for creating a perilous situation for regional peace and stability. It was also decided to observe the Kashmir Solidarity Day on Feb 5 in a befitting manner.

The prime minister reaffirmed Pakistan’s unshakable political, diplomatic and moral support and solidarity with the Kashmiri people until the realisation of their inalienable right to self-determination.

(With additional input from News Desk.)