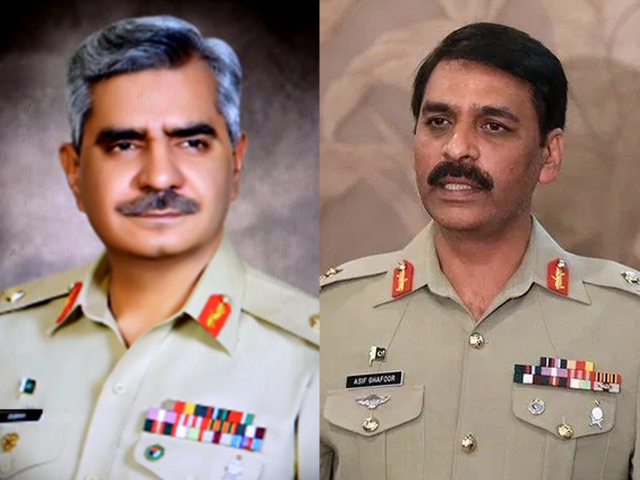 The Pakistan Army on Thursday announced the posting of the service’s new spokesperson.

Major-General Babar Iftikhar has been posted as the new director-general of the Inter-Services Public Relations (ISPR) and replaces incumbent Maj Gen Asif Ghafoor.

Alhamdulillah.
Thanks to everyone I have remained associated with during the tenure. My very special thanks to Media all across. Can’t thank enough fellow Pakistanis for their love and support.
Best wishes to new DG ISPR for his success.#PakArmedForcesZindabad#PakistanZindabad

Who is Major General Babar Iftikhar

In November 2019, two major generals — including Ali Amir Awan and Mohammad Saeed — were promoted to the three-star rank.

Lt General Sahir Shamshad Mirza, who was serving as Adjutant General at the GHQ, was appointed as CGS. The CGS heads both the army’s operational and intelligence directorates.

The position was earlier held by CJCSC General Nadeem Raza.

Lt Gen Shaheen Mazhar Mehmood, who was previously commanding Peshawar Corps, was appointed as Commander Mangla Corps, which is one of the strike formations of Pakistan Army.

According to the military’s media wing, Lt Gen Nauman Mahmood was appointed as Commander Peshawar Corps. He was previously serving as Inspector General Communications & Information Technology (IG C&IT) at the GHQ.