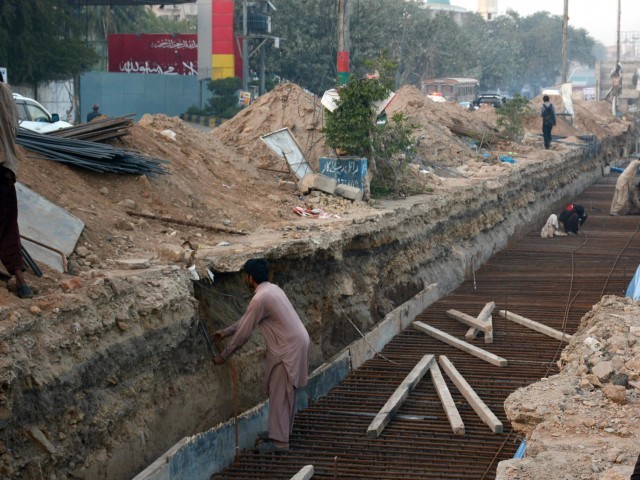 KARACHI: The federal government’s Green Line bus rapid transit project will not be completed even in 2020, said Sindh Transport and Mass Transit Minister Awais Qadir Shah while talking to the media outside Sindh Assembly.

“The project has no chance of being completed before 2021,” he said, adding that the current government is inexperienced in resolving the problems of the masses.

He said that Prime Minister Imran Khan only makes claims and announcements, but he has not provided a single rupee for Karachi’s development. He also complained that the Centre had never taken Sindh into confidence about any project. Meanwhile, claiming that the Pakistan Peoples Party (PPP) has turned Karachi into the city of lights once again, the provincial minister invited PM Imran to visit Karachi and offered him a ride in his car to see the development in the metropolis.