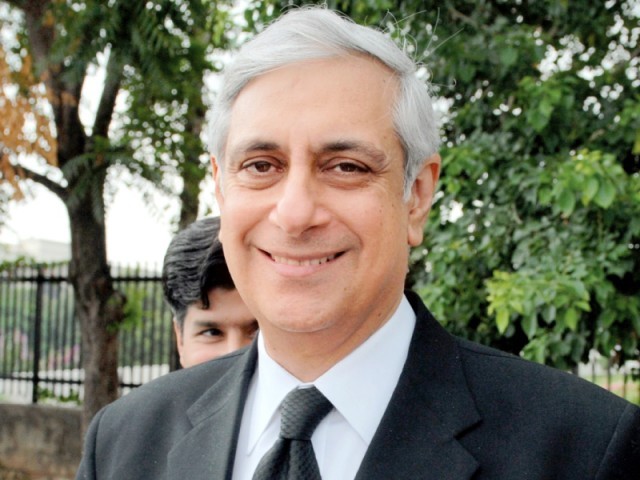 ISLAMABAD: The issue of appointments in the Election Commission of Pakistan (ECP) on Wednesday took a new turn with Pakistan People’s Party (PPP) recommending the name of former attorney general Irfan Qadir for the post of Chief Election Commissioner (CEC).

Sources said that the Pakistan Muslim League-Nawaz (PML-N) had also indicated to support Qadir’s name for the said post.

Earlier, the government had proposed the names of Babar Yaqoob Fateh, Arif Khan and Fazal Abbas Maken for the post of CEC, while the opposition had suggested the names of Nasir Mahmood Khosa, Jalil Abbas Jilani and Akhlaq Ahmad Tarar.

The ECP has been without a CEC since Sardar Mohammad Raza’s retirement in early December, although the Constitution mandates that when ECP positions fall vacant, they must be filled within 45 days.

Both the parties are near consensus on the names of the ECP members.

Meanwhile, the Islamabad High Court (IHC) on Wednesday granted another 10 days to the federal government to finalise appointments of the (ECP) officials.

During the hearing, MNA Mohsin Shah Nawaz Ranjha said the appointment of two ECP members had been agreed upon, while the name of the chief election commissioner had been withdrawn.

He said the members of treasury and opposition would forward new names.

PML-N lawyer Jahangir Jadoon replied, “We are trying, [to sort things] the same way we agreed on the extension of the army chief.”

IHC Chief Justice Athar Minallah observed that it was everyone’s responsibility to respect the Parliament and that the people of Pakistan had expectations from their representatives.

“If the Parliament is strong, Pakistan will be strong,” he said.

The hearing of the case was adjourned until January 27.

On August 22, President Arif Alvi had appointed Khalid Mehmood Siddiqui as ECP member for Sindh and Munir Ahmed Kakar for Balochistan against the positions vacated by Abdul Ghaffar Soomro and retired Justice Shakeel Baloch, from the two provinces.

But the CEC refused to administer the oath of office to both of them while terming their appointment unconstitutional.

In a written statement, the ECP said the president had made the appointments “in violation of clauses 2A and 2B of Article 213 of the Constitution”.

On November 4, the IHC suspended the appointments and referred the matter to parliament.