Lawyer tells LHC his client inform­ed about decisi­on after a month instea­d of seven days
By ​ Our Correspondent
Published: January 15, 2020
Tweet Email 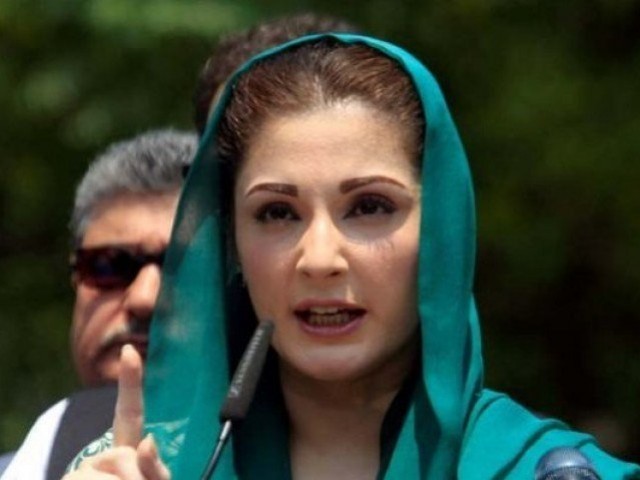 Lawyer tells LHC his client informed about decision after a month instead of seven days. Maryam Nawaz. PHOTO: FILE

LAHORE: The Lahore High Court (LHC) on Wednesday sought a written response from the federal government on why it had been unable to decide the matter of removing PML-N leader Maryam Nawaz’s name from the no-fly list within the given time.

A two-member bench headed by Justice Tariq Abbasi was hearing a petition filed by the PML-N vice-president on December 21, in which she had sought the removal of her name from the Exit Control List (ECL) and her passport returned to her so that she could visit her ailing father, former prime minister Nawaz Sharif, in London.
On December 9, the court had directed the federal government to decide the matter of Maryam’s request within a week.

However, her lawyer told the court, the government had sent her a letter of Tuesday night – after more than a month — informing her that her request had been denied.

The government lawyer informed the court that the federal cabinet had decided against removing Maryam’s name from the ECL.
The court observed that the National Accountability Bureau (NAB) also had not submitted its response on the matter as well.

Adjourning the hearing till January 21, LHC sought a written explanation from the federal government on the delay.

On Tuesday, the federal cabinet gave the nod to place Maryam on the no-fly-list in Chaudhry Sugar Mills corruption case.

The development came following the federal cabinet’s meeting headed by Prime Minister Imran Khan in Islamabad earlier in the day.

Maryam, who has already been on ECL ever since she was convicted in the Avenfield corruption reference in 2018, is also accused of money laundering.

She was arrested by the anti-corruption watchdog August 8 last year in a case regarding shady business transactions at the Chaudhry Sugar Mills where she is a major shareholder. On Nov 4, she was granted bail by the LHC which ordered her to furnish two surety bonds worth Rs20 million, and deposit an additional Rs70million and surrender her passport to secure her release.

In her petition, she said her father’s health was critical and she was under unexplainable stress because of her inability to be with him at a time when he needs extra care. She said her father is dependent on her.

She also contended that NAB’s or the government’s apprehensions about her absconding “does not appeal to reason in view of the petitioner’s track record”.

She stressed that there was no default in appearance before the trial court over a period of one-and-a-half year and the petitioner and her father went abroad and came back even during the pendency of trial on more than one occasions.

The petitioner made the federal government, FIA (Immigration) director, NAB chairman, and others respondents in her petition filed under Article 199 of the Constitution, which confers wide powers of judicial review on the high courts.