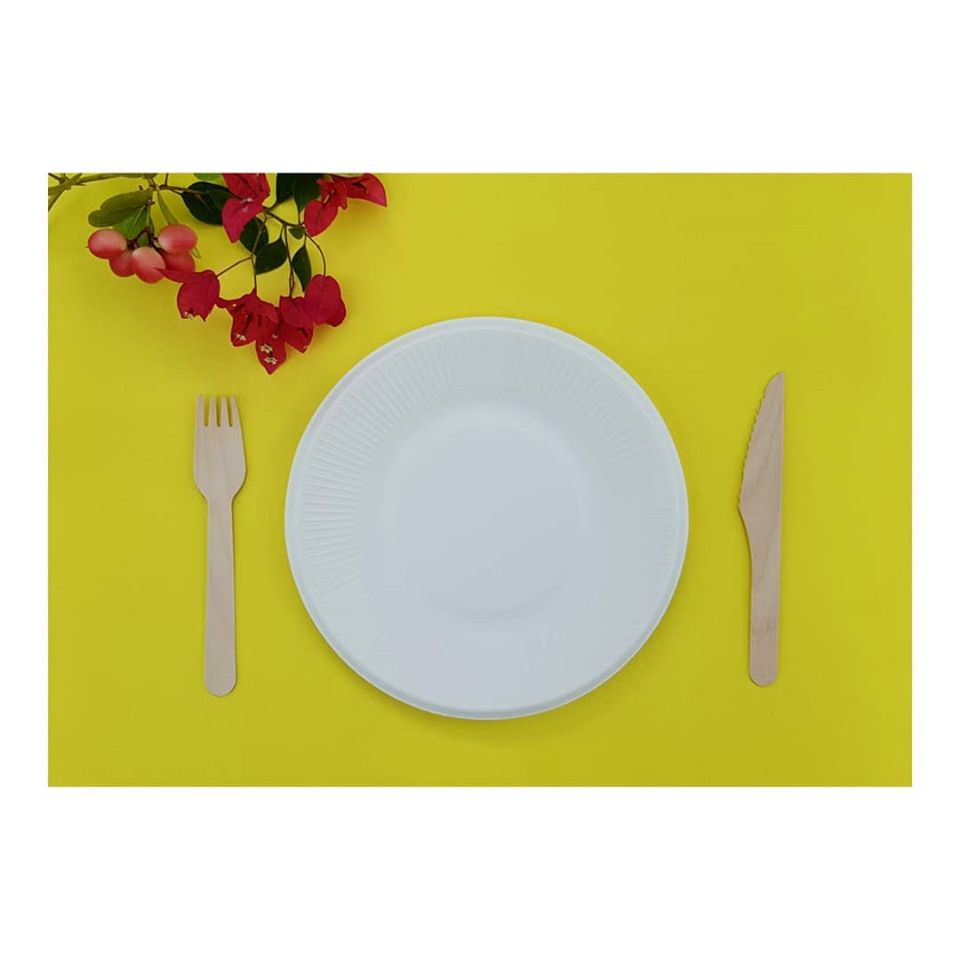 KARACHI: They came, they saw and they conquered.

An environment-friendly stall set up by around 12 men and women from EcoPak rose to fame on social media and received hundreds of visitors during the recently concluded three-day food festival, Karachi Eat, reaffirming the need to step up efforts to curb the detrimental effects of throwaway carriers.

This year, they introduced biodegradable cutlery at Karachi Eat, in a bid to promote its use over much notorious yet still widely popular single-use plastic products. The overnight popularity of the initiative is a clear indication of the food industry taking notice of how wide-scale use of plastic cutlery poses a threat to the environment and following the realisation, people are heading in the right direction.

Speaking to The Express Tribune, Sameed Anis – founder of EcoPak and the man behind the initiative, shed a light on the toxic effects of plastic on human health.

“Our food, often served hot, turns cancerous when it is exposed to plastic. Our people don’t realise but just to save a few bucks [by not spending on biodegradable cutlery], they turn a dish, take a 100 rupees plate of biryani for example, into a cancer,” Anis said. “[Hence], entering the food industry, we decided to never use plastic,” he added.

Calling Pakistan’s food scene diverse, Anis said the culinary industry has huge potential. However, pointing out the poor quality of plastic used by eateries, he said not only it leads to the degradation of the environment, but also affects the health of people in ways unimaginable.

“Entering into this business I thought that even if I am able to convince five per cent of the population that plastic is detrimental, it would go a long way,” he said.

Anis’s eco-friendly stall got massive attention and appreciation at Karachi Eat, owing to his team promoting an approach directed towards environmental sustainability. Today, his company is working with as many as 25 restaurants, assisting them with procuring and using biodegradable cutlery.

In comparison to other retailers, Eco Pak sells cutlery at cheaper prices in an attempt to make these products “accessible to everyone.” The popularity of the enterprise has risen sharply following Karachi Eat, said Anis, adding that while the setup is based in Karachi, the products are shipped throughout Pakistan.

Pointing out the indifference of some restaurants towards shunning, or even reducing, the use of plastic, Anis stressed the need to empower consumers by raising awareness among them about sustainable and reusable products, so as to eventually pressurise leading food chains into abandoning the use of plastic cutlery.

“When there will be increasing demands from consumers to quit use of plastic, the restaurants’ management and owners will give heed to the cause,” he said, vowing to continue efforts to promote environment-friendly products.

Calling for imposing high taxes on plastic commodities, Anis is of the view that it is the best, as well as a long-term, solution for curbing their use. “The cost of plastic bags in our country is minimal and hence they are so commonly used,” he observed.

“In the next 2, 3 years, I do see the use of plastic reducing as awareness is spreading really fast and people are more concerned [about the environment and their health],” he said.