The gains made in Pakist­an must not be lost due to the acts of a few irresp­onsibl­e indivi­duals
By Imran Ahsan Nyazee
Published: January 15, 2020
Tweet Email 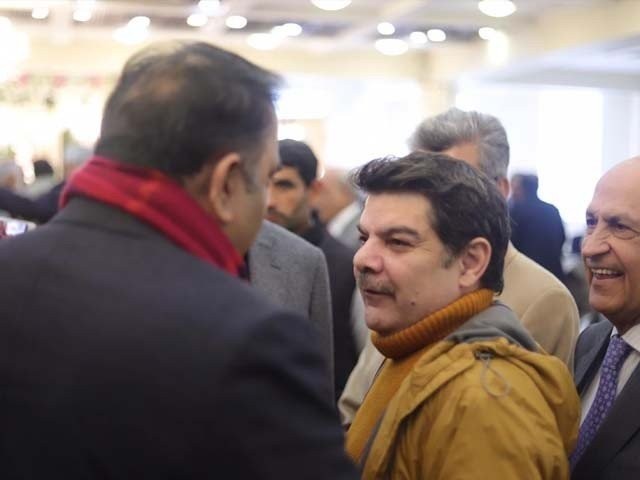 A federal minister, attempting to protect his honour, slapped a TV anchor. But in the eyes of the ordinary citizen the slap landed on the face of our revered legal system. The minister claimed in the National Assembly that some institutions have built-in remedies for protecting their honour.

The armed forces protect their own and so does the judiciary. However, politicians have no one to turn to other than their individual resistance, when the media soils their reputations. As there is no remedy, therefore the slap. The slap is in reality an assault on the legal system, because it has failed to provide a remedy to people whose honours and reputations are attacked daily.

The politicians can complain or use their clout to respond to such violations of their rights, but the forgotten ordinary man has absolutely no remedy to defend the only thing he has left: his honour. The legal system has failed as it has let the remedies that protect and defend the rights of the ordinary man decay after the departure of the British.

These are found in the law of civil wrongs, the “law of torts”. Some torts were criminalised by the British, and it is to these that our people sometimes turn at great expense of time and money without any results. The same remedies exist on the civil side but our legal fraternity has failed to handle an unwritten law, although they are all praise for the English common law; and the ordinary person has neither the resources nor the time to deal with a cramped legal system.

The law of defamation, which continues to be criminalised in our law for arm-twisting and decriminalised in the rest of the world, was codified as an ordinance, but the system has not delivered on this either.

In comparison, the law of torts is treated as the most important law in Western systems and the rights and liberties of the people are protected through it by awarding millions of dollars for ordinary violations. The damages are staggering, not because they are rich countries, but due to the importance and respect attached to the rights, and reputations of citizens. The law of torts was neglected and no attempt was made to keep up with the world in providing remedies.

An Islamic provision that could have provided relief in one area was rendered toothless by misguided drafting. Our legal system has no option, but to take some radical steps for improvement of the system, and in this the judiciary will have to take the lead. To do this, we need to first review what is wrong. Frederick Pollock, realising that the legal fraternity in India will not be able to cope with an unwritten law, drafted a bill to codify the law of torts, which was not implemented.

Today, the law of torts is taught in every law college in the country, but very few appreciate what it means when there is no codified law to support it. A new tort law providing for heavy damages and summary procedures must be implemented in the form of a code. This code may be tallied with the new consumer laws to avoid any duplication, for example, medical malpractice should be made part of tort law.

The British had imposed heavy court fees for tort litigation to discourage an activity that would erode their revenue and protect citizens from violations. They also protected most utilities and government corporations from tort liability by inserting good faith provisions, with the result that we cannot sue these corporations even if citizens are electrocuted due to defective facilities, nor can the people claim damages for household assets damaged through fluctuations in the electric supply.

The British introduced two doctrines called “champerty and maintenance” to prevent lawyers from helping citizens in litigation on the promise of sharing future damages and contingent fees. The entire common law world abolished these doctrines decades ago, but our legal system continues to use them. As a result, tort lawyers in the US have been nicknamed “ambulance chasers”, but at least the rights of the people are being protected through enthusiastic lawyers. These two doctrines must be abolished forthwith (an English statute to the effect may be adopted with suitable amendments).

The press in Pakistan has attained freedom of expression and speech after a protracted struggle and tremendous sacrifice. Article 19 protects this right of the press and of citizens. The right is being exercised vigorously by individuals through social media.

The gains made in Pakistan must not be lost due to the acts of a few irresponsible individuals. In other societies these gains are protected not by waiting for a code of conduct to be adopted by the media for itself but through an efficient tort law.

Accordingly, there is a whole array of “news-gathering torts” and publication torts that are enforced by legal systems. The state protects itself through what are called prior restraints for content regulation. We do not lag behind in this area, but are behind in protecting individual rights from the onslaught of irresponsible individuals. The existing law of defamation must be incorporated into the codified tort law proposed. The right to privacy is under attack in our society. Article 14 of the Constitution will need to be stretched for the right to privacy, because it only talks about privacy of the home.

Related to this are torts like trespassing, intrusion, surveillance, and recording of conversations. TV programmes that attempt to uncover unlawful activity are a case in point. Publication-related torts like “public disclosure of private facts”, “false light” and “appropriation” need to be incorporated into such a code.

There is an offence of Qazf in Islamic law that must be included in the tort law, but in its true Islamic form. This law was rendered toothless by those who drafted it earlier. Instead of being based on Islamic law, the law of defamation and its exceptions given in the Penal Code were built into it. Of particular significance is the provision of “good faith” that provided protection to the complainant and others.

There is no provision of good faith in Islamic law, and even a father levelling allegations of sexual activity against his daughter or son is not protected. The level of false allegations that prevail today on social media can only be dealt with by this law.

Finally, the codified law must provide for damages in millions even for ordinary violations, and the procedure prescribed must ensure the completion of trial within three months. We must take our que from the model courts recently established. If the trial is not completed within three months, a decision must be handed down against the plaintiff; like in the case of khula. If the above suggestions are implemented, we can hope the situation can still be saved.