Qureshi bound for US to discuss Middle East situation

Qureshi bound for US to discuss Middle East situation 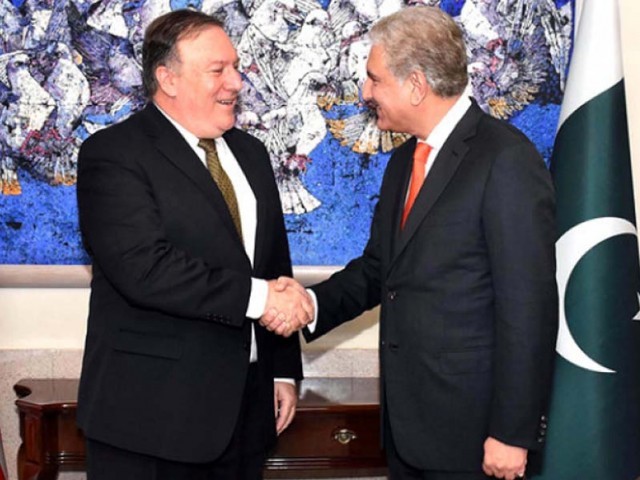 Foreign Minister Shah Mehmood Qureshi will begin his official visit to the United States today to hold wide-ranging talks with senior officials of the Trump administration, as well as the United Nations, the Foreign Office has said in a statement.

At first he will meet UN leadership including its Secretary General, Antonio Guterres, in New York.

In Washington, where his stay is scheduled from January 16-17, the foreign minister will meet US Secretary of State Mike Pompeo, National Security Adviser Robert O’ Brien and other senior officials.

He will also have meetings on the Capitol Hill, besides engagements with the media, think tank community and the Pakistani diaspora.

In the official talks, Qureshi will focus on Pakistan’s diplomatic outreach, which has been undertaken on the direction of Prime Minister Imran Khan in the wake of the recent tensions in the Middle East following the killing of Iranian General Qasem Soleimani.

“The objective is to support efforts for de-escalation and resolution of differences and disputes through political and diplomatic means,” the communiqué read. “The foreign minister’s visit to the US is part of these endeavours.”

Qureshi relays message of ‘restraint’ to Tehran and Riyadh

The foreign minister, while reviewing full spectrum of bilateral relationship, will underscore the value Pakistan attaches to a broad-based, long-term and enduring partnership with the US in line with the vision of the leaders of the two countries.

He will also brief his interlocutors on the prevailing situation in Indian Occupied Kashmir (IOK), especially the prolonged sufferings of IOK, which have been caused by India’s unilateral and illegal actions of August 5, 2019.

The foreign minister will also highlight Pakistan’s role and continued resolve to support the Afghan peace and reconciliation process.