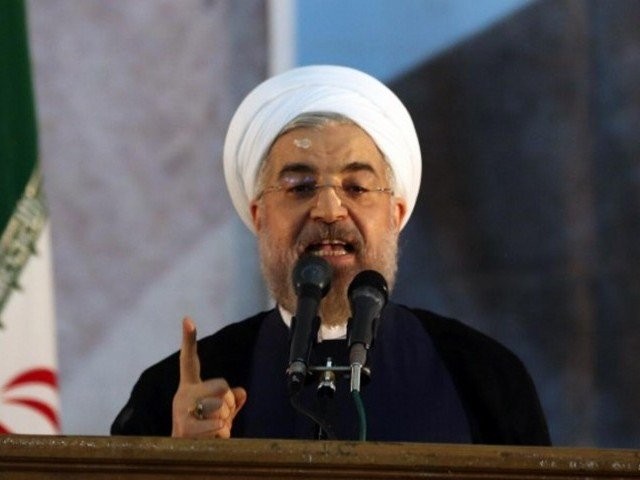 Regional nations should struggle to end military presence of the US in region and expel these occupiers, says Rouhani. PHOTO: AFP/FILE

TEHRAN: Iranian President Hassan Rouhani said on Tuesday that the regional countries should drive the United States military forces out of the region, the official IRNA news agency reported.

“The regional nations should struggle to put an end to the military presence of the United States in the region and expel these occupiers,” Rouhani made the remarks during a meeting with the visiting Syrian Prime Minister Imad Khamis.

For his part, Khamis said that “the presence of the US forces in Syria is an ostensible example of occupation.”

“We believe that the regional nations and countries should stand against their (US forces) illegitimate presence in the region,” said Khamis.

The prime minister expressed his gratitude for what he called Iran’s supports to the Syrian government, saying that Iran deserves the priority in reconstructing Syria and his country will invite the Iranian companies and private sectors to get involved in reconstruction projects.

Heading a high-ranking delegation, Khamis arrived in the Iranian capital Tehran on Sunday for talks on bilateral ties as well as regional developments.