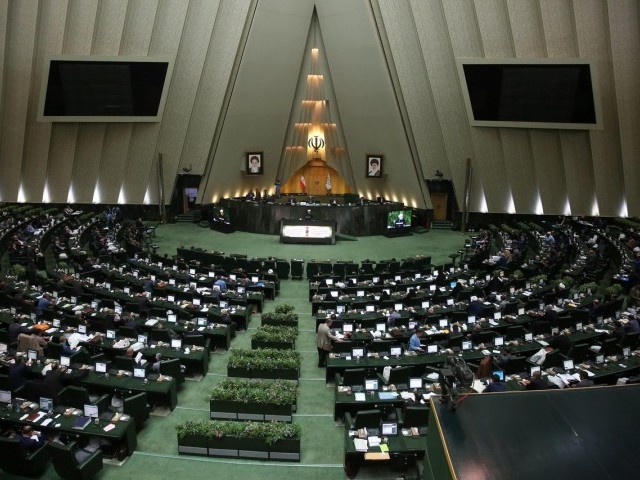 TEHRAN: Iran’s Revolutionary Guards chief was briefing parliament Sunday over the killing of a top general by the US, Tehran’s retaliation and the subsequent downing of an airliner, ISNA news agency said.

Major General Hossein Salami was addressing the members of the Majles in a closed session, the semi-official news agency reported.

Salami was set to explain the killing of Qasem Soleimani, the head of the Guards’ foreign operations arm, in a January 3 US drone strike in Baghdad, ISNA reported.

The Guards chief would speak about Iran’s retaliation to the killing of the general on Wednesday when it fired a volley of missiles at US troops stationed in Iraqi military bases, it said.

ISNA said Salami would also address members of the parliament about the accidental downing of a Ukraine International Airlines Boeing 737, which killed all 176 people on board.

Those killed in the air disaster were mainly Iranians and Canadians, including dual nationals. Many were students.

Iran said on Saturday that the plane was mistakenly shot down on Wednesday morning, hours after the missiles were fired at Iraq.

The Islamic republic’s armed forces said its air defences had been at a heightened state of alert at the time and that the missile operator who fired at the plane acted independently.

Police dispersed students at Tehran’s Amir Kabir University on Saturday evening after their commemoration for those killed in the disaster turned into an angry demonstration, Fars news agency reported.

The students chanted slogans denouncing “liars” and demanded the resignation and prosecution of those responsible for downing the plane and allegedly covering up the accidental action. 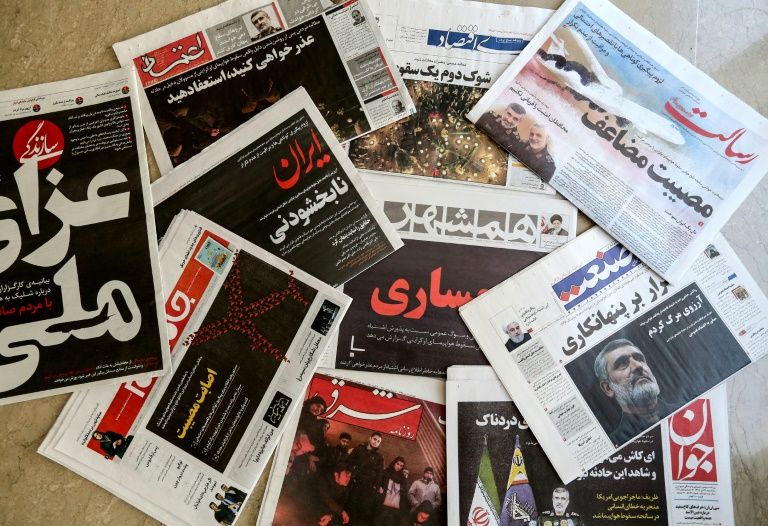 Newspapers in Iran paid tribute to those killed in the plane crash that killed 176 people on Wednesday, many of them with black front pages. PHOTO: AFP

Newspapers in Iran on Sunday paid tribute to those killed in the tragedy, many of them with black front pages.

“Apologise, resign,” said the main headline of the reformist Etemad daily. “Unbelievable,” read the front-page banner of Arman-e Meli, another reformist newspaper. “Unforgivable,” said government newspaper Iran, which published all the names of those who died in the air disaster on the image of black plane tail.

Kayhan, a hardline daily, led on supreme leader Ayatollah Ali Khamenei’s “strict orders” to follow up on the “painful incident of the plane crash”.

“Deep apology for painful mistake,” said the front page of Javan, which is close to the Islamic Revolutionary Guard Corps.

US to expel a dozen Saudi trainees after base attack probe: media