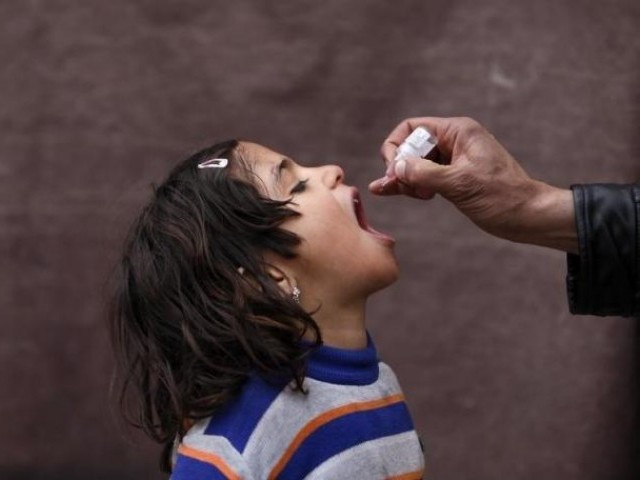 ISLAMABAD: “The WHO Emergency Committee recommendations (not travel restrictions) were first made in May 2014 and have since been periodically reviewed and extended for all countries infected by the polio virus,” Dr Mirza said in a statement issued by the ministry on Friday.

“Forty super high-risk UCs have further been identified within core reservoirs for a laser focus where a broader package of services will be delivered aimed at improving basic health services, nutrition as well as safe water and sanitation by broadening partnership,” the minister stated.

Dr Mirza informed that the transformation plan and the roadmap was shared with the global leadership, including the Polio Oversight Board, that expressed its confidence on it and reassured Pakistan of the fullest support to achieve its goal.

Dr Mirza stated that the government, under the leadership of Prime Minister Imran Khan, was fully cognisant of the existing challenges and the urgency to overcome them.

“Besides the ongoing programme transformation in high-risk areas, the government is working across the political divide to take the agenda forward as a shared priority,” he said. “Besides extensive community engagement, the Ministry of NHSRC has already moved on integration of the polio programme with EPI to quickly improve routine immunisation coverage particularly in the high-risk areas.”

According to the ministry’s spokesperson, Pakistan had faced a challenging year for polio eradication in 2019. “As of today, 148 of our children have been paralysed by this debilitating disease,” the spokesperson said. “The government has put in place a comprehensive plan to reverse the situation in 2020 starting with the roll out of a successful nationwide polio vaccination campaign in December.”

Commenting on the WHO IHR Emergency Committee recommendations regarding vaccination of international travellers from Pakistan and other infected countries, the spokesperson shared that these were made in 2014 to prevent the transmission of virus from infected countries to other areas. “Pakistan implemented the same immediately as a responsible member of the international community and has been doing so since then,” he remarked.

It was further shared that over 500,000 international travellers from Pakistan receive polio vaccine every month prior to departure and the certificate issued in this respect is valid for 12 months. Around 180,000 travellers of all ages are additionally vaccinated every month at the Pak-Afghan border crossings, he added.

The spokesperson completely denied the reports of any additional recommendations imposed by the WHO committee for the incoming international visitors travelling to Pakistan.

Pakistan polio eradication programme faced special challenges in 2019, which led to resurgence of polio cases during the year. The programme; however, conducted a critical analysis of the situation and devised a comprehensive strategy to overcome challenges in a sustainable manner.

“Our fight back has already started through the successful December NID that was inaugurated by the prime minister in the federal capital and all chief ministers in respective provinces,” the National Emergency Operations Centre coordinator stated.

“A total of 40 million children under five were successfully reached and vaccinated to protect them against the crippling virus,” he added.

“The National EOC has planned an aggressive case response from January 13, targeting around 12 million children in the currently infected districts,” the coordinator said.

“This will be followed by two NIDs in February and April and another strategic response round during March. All these efforts will plug the immunity gaps and significantly reduce the transmission intensity by mid-2020 setting the stage for the final push towards zero.”