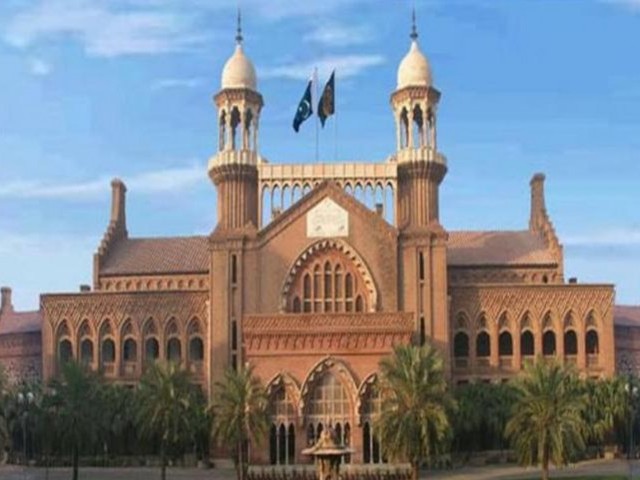 LAHORE: The Lahore High Court (LHC) on Friday questioned whether there was any precedent where a person was tried in absentia in a treason case as well as the legality of the formation of the special court, which handed the death sentence to the former military ruler.

The special court had sentenced the former military ruler to death in absentia for treason on December 17 last year over his 2007 imposition of emergency rule. The high treason charge had been pending since 2013, while Musharraf was allowed to leave Pakistan in 2016 and is in Dubai.

At the onset of the proceedings, Barrister Ali Zafar, who has been appointed as the amicus curiae by the court, apprised the bench that there were several loopholes in the procedure adopted to constitute the special court.

Justice Mazahar Naqvi asked whether the matter had even been on the agenda of any cabinet meeting.

Barrister Zafar replied that the case was filed against Musharraf merely on the directions of the then prime minister, Nawaz Sharif, as “there is no record of the matter being on the agenda of the cabinet”.
“A case cannot be filed under Article 6 without the approval of the cabinet,” he added.

To another query, Barrister Zafar apprised the bench that on June 21, 2013, the attorney general had sent a summary to the then prime minister suggesting a case under Article 6 be prepared against Musharraf. On December 29, 2013, the interior secretary was given the authority to file a complaint, he added.

Barrister Zafar argued that the case against Musharraf was not prepared in accordance with law.

Justice Naqvi asked what was the procedure for the appointment of the judges, who heard the treason case?

“Was there any criteria under which the judges were appointed? On what basis were the judges appointed? Was there anything in black and white or everything was decided on just phone calls?” Justice Naqvi further asked.

The representative of the interior ministry apprised the court that the Ministry of Law and Justice had written to the Supreme Court registrar seeking names of judges for formation of the special court.
“It is interesting that the federal government constituted the special court but did not decide how the criminal proceedings would be held,” Zafar apprised the bench.

He argued that it was necessary to amend the 1973 and 1976 laws pertaining to treason in Article 6 after the 18th Amendment, contending that though a new offence was added in Article 6, the manner of punishment was not decided.

Justice Naqvi remarked, “Nothing is mentioned relating to Article 6 in the charge sheet that had been filed.”

Zafar argued, “The Supreme Court did not describe the relation of the action with Article 6 but had said it was an unconstitutional step.”
Zafar apprised the bench of the trial, which was conducted in Musharraf’s absence.

Justice Naqvi remarked, “If a person is not attending a trial, the court can declare him a proclaimed offender, but which law allows awarding punishment to a person without hearing him properly?”

Justice Naqvi, referring to the special court’s verdict, pointed out that it means everyone who supported Musharraf at that time of the act (abrogating the Constitution in 2007 and imposing emergency rule) could be accused of abetting.

Barrister Zafar replied that under Article 6, no one could be convicted alone, adding it would be unconstitutional if proceedings were carried out against selected people.

Justice Jahangir asked whether the special court could summon other suspects if the federal government named them in the case.
Barrister Zafar replied in the negative.

The court adjourned the proceedings of the case until Monday (January 13).