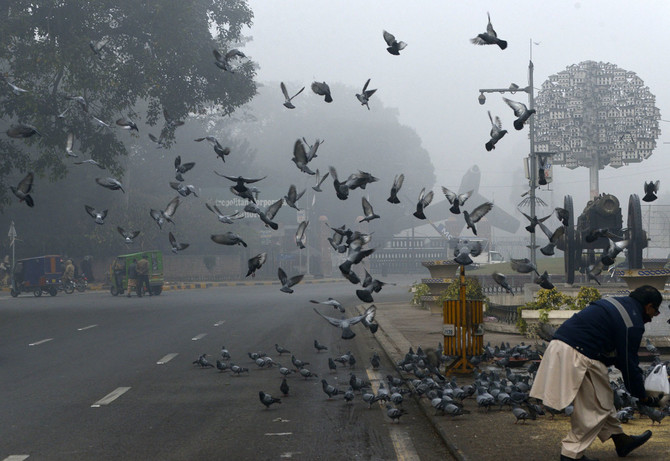 A Pakistani man feeds pigeon on the roadside amid heavy fog and smog conditions in Lahore on January 3, 2019. PHOTO: AFP

ISLAMABAD: All public and private schools in Punjab will remain closed for an additional week owing to the new wave of cold in the province.

The extension was notified by the Punjab School Education Department on Monday. “The schools will remain closed from January 7 to 12 and will reopen on January 13.”

A strong westerly wave is hitting the upper and central parts of the country and is likely to persist till Wednesday. 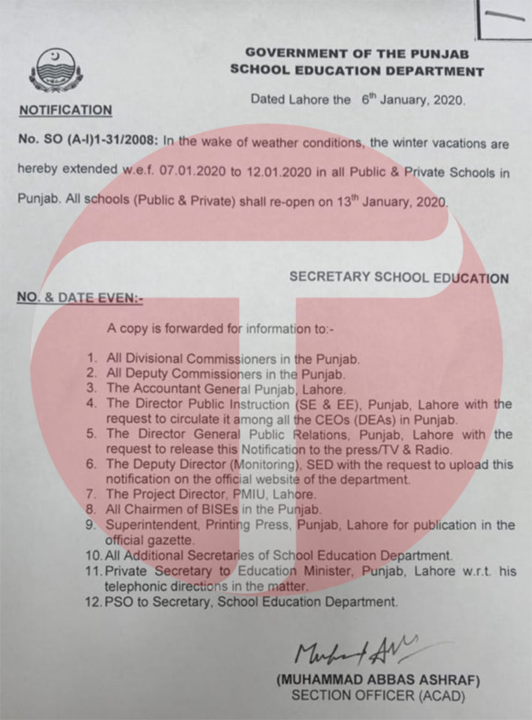 Sea level along the Karachi coast has risen approximately 10 centimetres in the last century. By the end of this century, the annual mean temperature in Pakistan is expected to rise by 3°C to 5°C for a central global emissions scenario, while higher global emissions may yield rise of 4°C to 6°C.

Average annual rainfall is not expected to have a significant long-term trend but is expected to exhibit large inter-annual variability. Sea level is expected to rise by a further 60 centimetres by the end of the century and will most likely affect the low-lying coastal areas south of Karachi toward Keti Bander and the Indus River delta.