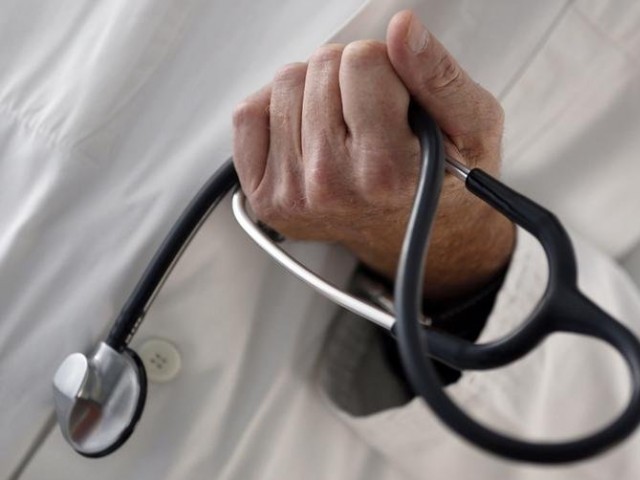 A Reuters file photo of a doctor holding stethoscope.

ISLAMABAD: Despite the lapse of  several months  when the top economic body of the country had approved raise in allowances of medical practitioners and nurses working in federal hospitals, the finance ministry seems to have forgotten to arrange funds for the purpose.

So far, the medics and paramedics of Islamabad have been waiting to receive revised allowances’ amount which they had believed they would get , after the matter received a go-ahead from Economic Coordination Council (ECC).

The medical practitioners had protested for a long time to get allowances at par with their counterparts in Punjab. These demands were accepted and approved but not implement by the federal government.

In this regard, The Express Tribune tried to contact the high-ups in the health ministry however they could not be reached.

Earlier, ECC had approved a supplementary grant of the health ministry worth Rs780.4 million in November to enhance the allowances provided to doctors serving in public-run hospitals of the federal capital.

The committee had directed the finance ministry to arrange the requisite funds to pay for the allowances.

Documents available with The Express Tribune had shown that the summary for the supplementary grant was presented in a meeting ECC by the health ministry.

The document stated that the grant was being sought as per directions issued by Prime Minister Imran Khan in August to provide doctors in the Islamabad Capital Territory (ICT) the same allowances as those received by doctors in neighbouring Punjab.

The health ministry had sent a summary to the prime minister suggesting an increase in healthcare allowance, health professional allowance, teaching allowance and non-practising allowance for doctors in Islamabad. The ministry proposed a measure for doctors, similar to nurses in federal hospitals, who received an increment in allowances recently.