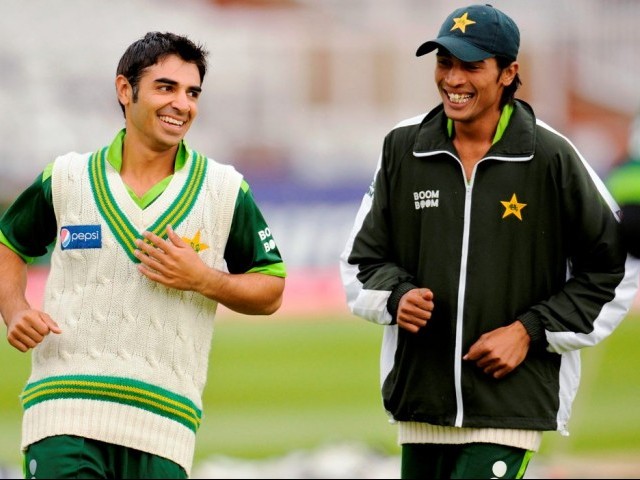 A case has been registered against Butt, Mohammad Asif and Mohammad Amir, who are in London for the hearing at the Southwark Court. PHOTO: REUTERS/FILE

LONDON: Pakistan’s banned former test captain, Salman Butt failed to appear before a London court on Tuesday for a preliminary hearing into the case registered against him by the Crown Prosecution Service (CPS) for corruption and cheating.

A case has been registered against Butt, Mohammad Asif and Mohammad Amir, who are in London for the hearing at the Southwark Court.

Asif and Amir have reached the London court, along with their lawyers.

“I had applied for a visa on time to the British embassy but since I didn’t get the passport back on time I can’t go to London,” Butt said.

“I wanted to appear myself but because of the visa problems now my lawyer, Yasin Patel will represent me in the hearing,” said Butt.

The former Pakistan skipper said if required and if his lawyer advises him he is available for a video conference.

The trio is already serving a five-year ban from the International Cricket Council Anti-Corruption Tribunal that found them guilty of spot fixing in February this year during a hearing in Doha.

The trio did not appear at the hearing, held on May 20 in the Southwark Court, which had ruled that the regular hearing of the case would begin in October.

Judge James Sanders, however, ruled that the three have to appear for the preliminary hearing in July in person or through a video link.

The court will begin regular hearing of the case from October 4.

Although Amir and Asif were present in London on May 20, they did not appear in the Southwark Court on advice of their lawyers. Butt did not travel to London at all.