People fear it might go up furthe­r in the next few days, demand a price checki­ng mechan­ism
By APP
Published: December 28, 2019
Tweet Email 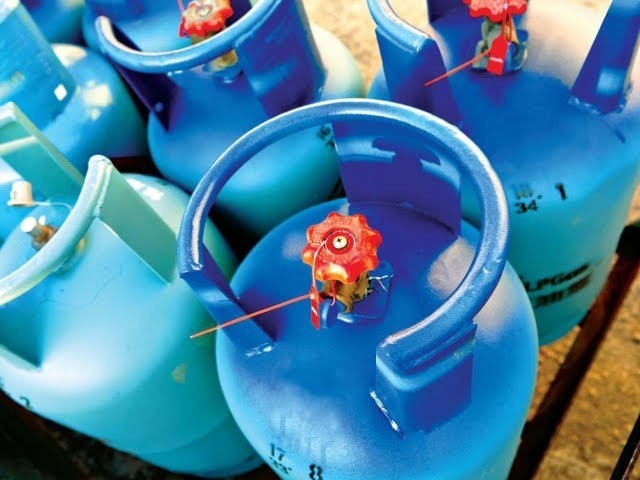 MULTAN: The price of liquified petroleum gas (LPG) has witnessed a phenomenal surge during the last 15 days as a chilling cold wave of ongoing winter season increased its demand.

LPG was being sold at a price ranging from Rs110-115 per kilogramme about two weeks ago. The price, however, swelled to Rs150 per kilogramme around a week ago and hit Rs170-180 mark a few days back that remained unchanged till Friday.

People fear it might go up further in the next few days and demanded some price checking mechanism.

A retailer selling LPG at his refilling unit on Masoom Shah Road said that the gas supply was short and demand was on the rise. Moreover, he also attributed the price increase to the price increased by the suppliers. However, when contacted, All Pakistan LPG Association Chairman Irfan Khokhar told APP that price of LPG would increase from Dec 31 or Jan 1 as a consequent effect of price increase and supply shortage in the international market. The retailers, however, he added, increased price before it could come into effect.

He said that LPG was being sold at Rs180 per kilogramme in Lahore. He said that the association would hold a meeting within the next few days for assessment of new price in the international market.