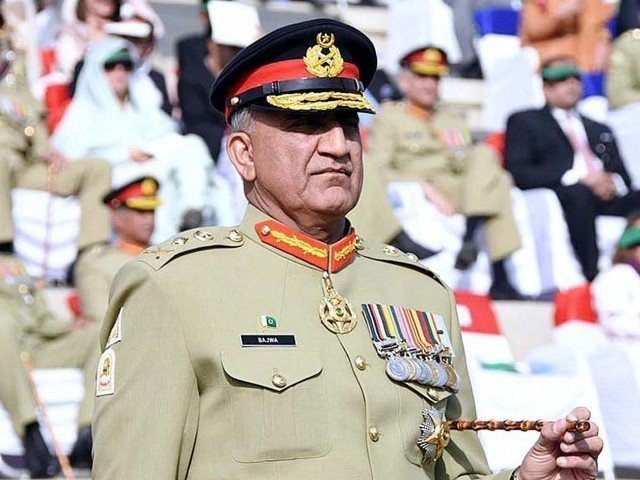 ISLAMABAD: A media guessing on whether the government would legislate on the COAS tenure or challenge the apex court verdict ended on Thursday with what some cabinet members had already said in not so many words.

Nearly a month after the Supreme Court ruling on the extension of Chief of Army Staff (COAS) Gen Qamar Javed Bajwa, the government filed a review petition on Thursday, raising 26 questions of law against the judgement while pleading for “preservation of two leading institutions” for a “healthy democracy”.

In the petition, the government also apprised the top court that Gen Qamar’s contributions to national security “will go down in history” and “public at large has warmly welcomed” his reappointment.

On Nov 28, a three-judge bench – headed by then chief justice Asif Saeed Khosa – gave the government six months to legislate on the tenure and other service terms of a COAS or else appoint a replacement of Gen Qamar.

“The review petition has been filed because our legal team concluded after thoroughly reviewing all aspects of the verdict that there are several legal gaps in the verdict,” the prime minister’s aide on information and broadcasting Firdous Ashiq Awan told media persons.

She said there were “legal and constitutional faults” in the judgement. “And the government has decided to file the review because it wants rectification of the faults with due respect to the judiciary,” she added.

Federal Law Minister Barrister Farogh Naseem, meanwhile, also confirmed to The Express Tribune that the government has challenged the Supreme Court verdict because it did not consider certain constitutional points.

Under the law, the government had until Dec 28 to file the review petition. The law minister also confirmed to The Express Tribune that the government has requested the apex court to form a larger bench and conduct an in-camera hearing of the review.

5th generation war
The petition says, “The enemies of Pakistan were extremely happy when they thought that General Bajwa’s extension or re-appointment had fallen into jeopardy.

Pakistan is undergoing a 5th generation war. Very recently, the Pulwama incident bears testimony to the preparedness of our armed forces under the able captaincy of General Qamar, who on his proactive initiative has also mustered healthy military international relations and support for Pakistan.

“The war on terror is not over. The wounds from the APS [Army Public School] incident are not forgotten. The preservation of two leading institutions of the state, ie the armed forces and the superior judiciary, are necessary concomitants to a healthy democracy, rule of law and safety and security against internal and external aggression.

“The enemies of the state, now for a number of years have ganged up to destabilise and discredit Pakistan.

General Bajwa’s contribution to take vital steps so as to facilitate safety and security in the country will go down in history. The pulse of the people at large is that General Qamar’s re-appointment has been warmly welcomed.

There were seminars and processions in favour of General Qamar’s re-appointment, from which the pulse of the public opinion can be appreciated. In the present times, it was most appropriate to re-appoint General Bajwa, who himself never sought a re-appointment.”

Parallel legislative authority
The petitioner argues that the appointment of the COAS was strictly in accordance with the settled departmental practice followed for seven decades or so. “If one would look into the parliamentary debates or otherwise, which make it rather clear that intentionally and deliberately the matter of the appointment or extension of the COAS was left at the discretion of the prime minister/president.”

The petitioner further argues that the apex court could not interfere in the legislative domain or equip itself with the function of a parallel legislative authority.

Reappointment or extension
The petitioner also seeks to clarify that the term “appointment” includes “re-appointment” or any extension in the appointment. “The court has to look on the substance of the appointment and not get bogged down by or create a fetish of form and technicality,” he says.

Citing the “impugned judgement”, the petitions says that the apex court has stepped into the shoes of the executive, substituting its opinion, notwithstanding that there is nothing in the Constitution which empowers the Supreme Court to settle the tenure or terms and conditions of the COAS.

“While rendering the impugned judgement, this hon’ble court has failed to consider that Article 8 of the Constitution in its true perspective equates any law with custom or usage,” it adds.

The petition that was not
In a surprise development, then-CJP Khosa had suspended the government’s notification of Gen Qamar’s extension on Nov 26 while issuing notices to the COAS, the defence ministry and the federal government.

Interestingly, he had converted into a “public interest” matter a petition against Gen Qamar’s extension which the petitioner – Advocate Riaz Hanif Rahi of the Jurist Foundation – requested for withdrawal.

The government reveals in its petition that on Nov 25, the respondent mala fidely preferred a direct petition No 39 of 2019 before the apex court under Article 184(3) of the Constitution, challenging the appointment of COAS for a second term of three years.

The same day the attorney general for Pakistan was called by the then chief justice, Asif Saeed Khan Khosa, in his chamber, informing him of the petition, giving him a copy and asking him to give details with documents relating to the appointment, which were duly provided.

The next day, the petition was fixed before a full bench, which was pleased to grant an ad interim order, suspending the operation of the notification, dated Aug 19 whereby Gen Qamar had been appointed for a second term.

Prime Minister Imran Khan recommended a three-year extension in the tenure of COAS Gen Qamar citing a worsening security situation in the region over its rivalry with India. In its Nov 28 decision, the top court gave the government six months to justify why it granted the extension to Gen Qamar.

The Supreme Court cited a series of irregularities and ordered the government and the army to produce legal provisions and detailed arguments on the reasoning behind the move.

Although the apex court granted a temporary six-month extension to Gen Qamar’s tenure, due to end at midnight on Nov 28, but said the government must pass legislation through parliament in that time to clarify the section of Constitution governing the armed forces.

“We are showing judicial restraint although there is no provision in law to grant an extension,” said CJP Khosa in the detailed judgement issued earlier this month. “We leave this matter to parliament to make law regarding this.”

Following is the review petition: