Rumour­s of a possib­le move has been strong, given the Urugua­yan forwar­d's frustr­ation at being left on the bench
By AFP
Published: December 24, 2019
Tweet Email 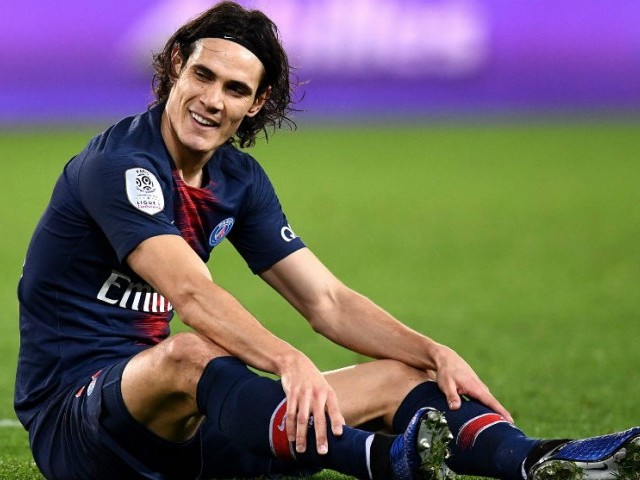 Rumours of a possible move has been strong, given the Uruguayan forward's frustration at being left on the bench. PHOTO: AFP

MADRID: PSG striker Edinson Cavani is poised to move to Atletico Madrid in a transfer deal which could be inked in the coming days, the Marca sports daily reported Monday.

Rumours of a possible move from Paris Saint-Germain have been on the cards for months, but may be imminent, given the Uruguayan forward’s frustration at being left on the bench, the Spanish paper said.

Neymar rounding into form as Marseille give chase

“The transfer could take place in the coming days. In principle, the agreement would be for two-and-a-half seasons, although it is still up for discussion,” it said of Cavani, whose contract with PSG is up in June.

But securing PSG’s agreement for an immediate transfer of their best-ever goal scorer, which would likely happen during the winter transfer window that opens on January 1, would doubtless be subject to much negotiation.

French radio station RMCsport also said Cavani had inked a deal with the Madrid club, and that PSG were “open to the idea of letting Cavani go this winter”.

Although Cavani is currently not a regular PSG starter, the Parisians are likely to need him from February when they enter the decisive phase for Ligue 1, the Champions League and domestic Cup action, Marca said.

Champions League is not ‘mission impossible’ for Everton: Ancelotti