Waseem, 19, and Naseem, 21, were on their way to work when they were run over
By ​ Our Correspondent
Published: December 24, 2019
Tweet Email 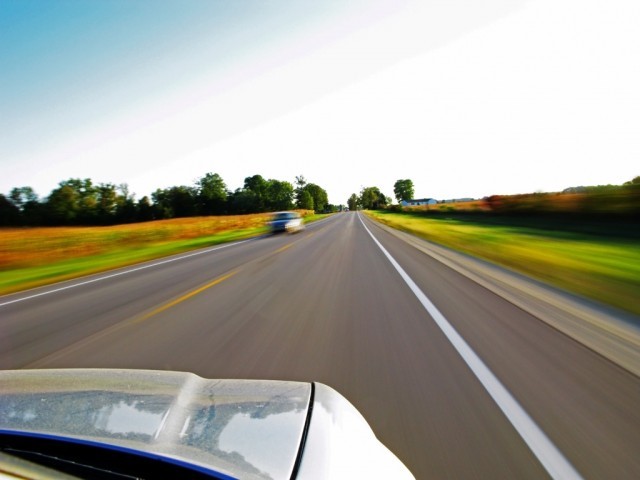 KARACHI: Two brothers were crushed to death when a speeding trailer hit their motorcycle at Indus Chowrangi in Korangi on Monday morning. The driver responsible for the accident has been arrested by the police, while the trailer has been impounded.

The trailer driver reportedly lost control of his vehicle due to high speed and ran over the motorcycle at Indus Chowrangi in Awami Colony, Korangi. The brothers were critically injured and died on the spot in front of horrified passersby.

Rescue teams and the police arrived at the scene soon after the incident was reported and the bodies were shifted to Jinnah Postgraduate Medical Centre (JPMC) for medico-legal formalities.

SHO Humayun Ahmed said that a mobile phone had been recovered from one of the deceased and a phone call from Abdul Ghaffar, who identified himself as the deceased’s father, was received on it. Upon arriving at the hospital, Ghaffar identified the deceased as Waseem, 19, and Naseem, 21.

According to Ghaffar, his sons used to work at a factory in Korangi. On the morning of the incident, when the two young men failed to arrive at their workplace, Ghaffar, a resident of Burmee Colony, received a phone call from the factory inquiring about their whereabouts. He tried to contact his son on his mobile phone and was informed about the accident.

The bodies were handed over to the family after medico-legal formalities were completed.

Meanwhile, two other people were killed in separate traffic accidents in different areas of the city.

A man was killed in a traffic accident near Checkpost No. 6 in Malir Cantt area on Monday morning. The deceased, whose body was taken to JPMC for medico-legal formalities, could not be immediately identified. His age was estimated to be around 25 years.

In another incident, a pedestrian was hit by a speeding vehicle near Defense Kala Bridge. The body of the deceased was taken to JPMC. While nothing was recovered from the victim’s possession to ascertain his identity, the deceased appears to be around 35 years old.