British MPs of Kashmiri origin to ‘become voice of IOK’

British MPs of Kashmiri origin to ‘become voice of IOK’ 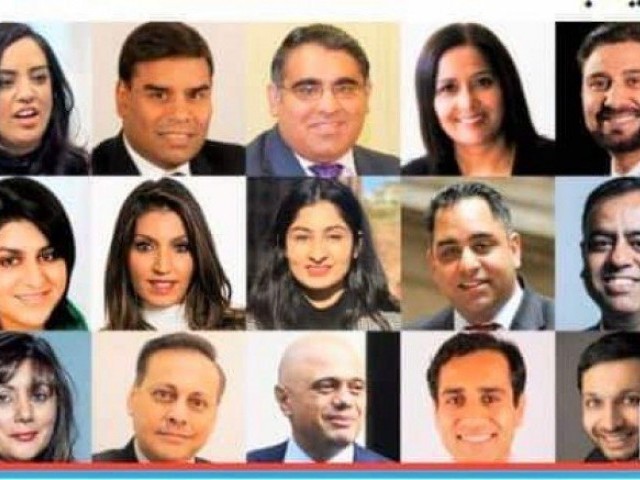 15 Britons of Pakistani and Kashmiri descent were elected to the UK Parliament in Friday’s general election. PHOTO: EXPRESS

MUZAFFARABAD: The newly elected British Kashmiri MPs have said that they would become the voice of millions of people of Indian Occupied Kashmir (IOK) in and outside the Parliament of the United Kingdom.

Fifteen Britons of Pakistani and Kashmiri descent were elected to the UK Parliament in Friday’s general election which saw Prime Minister Boris Johnson returning to power after his Conservative party scored the biggest electoral win since 1987.

The Tehreek-e-Kashmir (TeK) has described the victory of 15 Pakistani and Kashmiri origin Britons in the British elections as a “great moment” for the Pakistani and Kashmiri diaspora in the UK. “It is a matter of pride that nine of the 15 newly-elected MPs belong to Azad Jammu & Kashmir (AJK),” Raja Fahim Kayani, the president of TeK’s UK chapter, said in a statement.

The Narendra Modi-led Indian government had stripped the IOK of its semi-autonomous constitutional status on August 5 and clamped a cruel curfew in the disputed region in an attempt to muzzle any protest against its illegal move. The curfew remains in place ever since while the international community maintains a criminal silence over the draconian move.

“I assure the people of IOK that we will support their cause according to the resolutions of UN Security Council,” said MP Afzal Khan, who has been elected to the UK Parliament on a Labour Party ticket from Gortan Manchester. “We will continue raising our voice for the Kashmiris in IOK,” he said while speaking to The Express Tribune by the phone.

Khalid Mehmood, also Labour Party MP from Birmingham, voiced similar sentiments, saying that they would stand with their Kashmiri brethren in the IOK through thick and thin.

“The international community is duty-bound to help resolve the festering Kashmir dispute for durable peace in the South Asian region,” he told The Express Tribune by the phone.

MP Yasmin Qureshi, who has won the election on a Labour Party ticket from South Bolton, said she would highlight the plight of the IOK Kashmiris in and outside the British Parliament. “India will have to give millions of Kashmiris their inalienable right to self-determination,” she added.

Imran Hussain, Labour MP from Bradford East, said he had recently visited AJK to express solidarity with the people of IOK, who have been cut off from the rest of the world with no phone, no cellular service, and no internet since August 5.

MP Hussain said the Kashmiris had been struggling for their right to self-determination – something which was promised to them by the UN Security Council.

“We will use our offices to remind the world of its duty to settle the Kashmir dispute in accordance with the aspirations of its people,” he told The Express Tribune. “We will not rest until the realisation of this goal.”