The hacker tells the young girl, "It's Santa. It's your best friend."
By Tech Desk
Published: December 14, 2019
Tweet Email 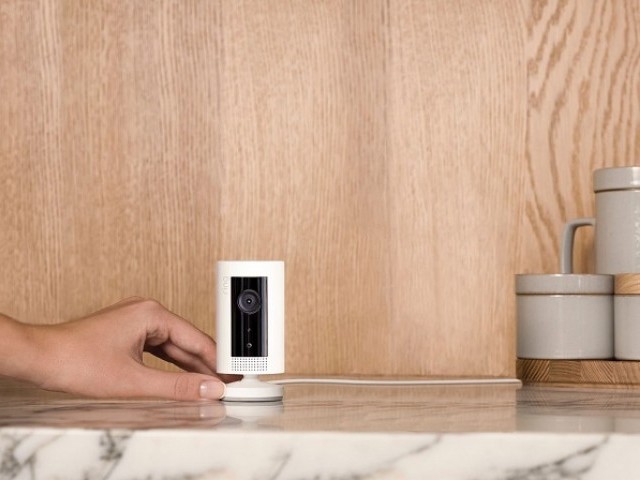 The terrifying news of a young girl’s room being hacked through a smart camera has raised security concerns amongst many parents.

Installation of smart cameras in rooms is an easy way for parents to keep supervision on their kids, however; this time around has done the reverse for mother Ashley LeMay who shared the video after reporting this scary incident to the police.

Ashley, who bought the gadget in a Black Friday sale to keep an eye on her three daughters, was left shaken.

The video released by Ashley, shows the cybercriminal speaking to her daughter Alyssa.

Each time I’ve watched this video it’s given me chills.

A Desoto County mother shared this Ring video with me. Four days after the camera was installed in her daughters’ room she says someone hacked the camera & began talking to her 8-year-old daughter.

He plays the song Tiptoe through the Tulips and when Alyssa inquires, “Who’s there?” the hacker replies: “It’s Santa. It’s your best friend.”

He then goes on encouraging her to smash the TV.

According to Ring Inc, the smart camera company that is in question claims that this incident is not due to a security breach.

“Customer trust is important to us and we take the security of our devices seriously. While we are still investigating this issue and are taking appropriate steps to protect our devices based on our investigation, we are able to confirm this incident is in no way related to a breach or compromise of Ring’s security.”

“Due to the fact that customers often use the same username and password for their various accounts and subscriptions, bad actors often re-use credentials stolen or leaked from one service on other services.

Hence, the company urged that all smart camera users create two-factor authentication on their Ring account and use stronger passwords.

It was easier for hackers to access the smart camera because Ashley admitted that she did not set up two-factor authentication.

“This is a stark reminder that connected devices can be compromised if users don’t take basic precautions,” according to Ken Munro, a security expert.

“Ring owners need to be certain that they haven’t used the same password for their Ring account as for other accounts,” stated Munro.

“It would also be wise for all Ring owners to check they have implemented two-factor authentication, as this makes the password stuffing attack much harder.”

While such gadgets are aimed at providing security to its users but if proper measures are not taken they can also cause immense harm.