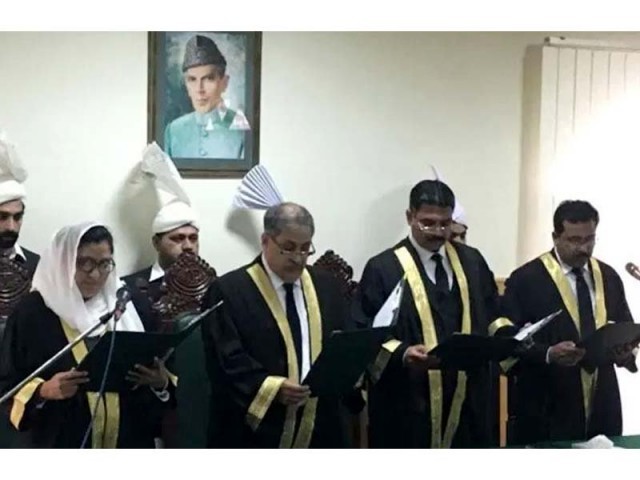 ISLAMABAD: Ever since its creation in 2011, the Islamabad High Court (IHC) in break with precedent got a first woman judge, Lubna Saleem Pervaiz, who was sworn in on Friday at a ceremony in the federal capital.

President Dr Arif Alvi had approved the appointment of three additional judges in the IHC that would increase the number of serving judges from four to seven.

These appointments have been made for a period of a year.

Before her appointment as a judge in the IHC, Lubna Saleem was working as Deputy Attorney General (DAG) Karachi at the Sindh High Court (SHC).

She was among the panel of three lawyers nominated by Justice Minallah.

The other two lawyers who have assumed the charge include Islamabad-based Fiaz Anjum Jandram and Ghulam Azam Qambrani from Balochistan.

Jandram has also served as the vice-chairman of Islamabad Bar Council (IBC) while Qambrani has remained a member of the executive committee of the Supreme Court Bar Association (SCBA).

According to the IHC Act 2010, the total seats for the judges are seven.