Amid nationwide strike, lawyers advised to 'hug out' differences with PIC doctors

Amid nationwide strike, lawyers advised to 'hug out' differences with PIC doctors 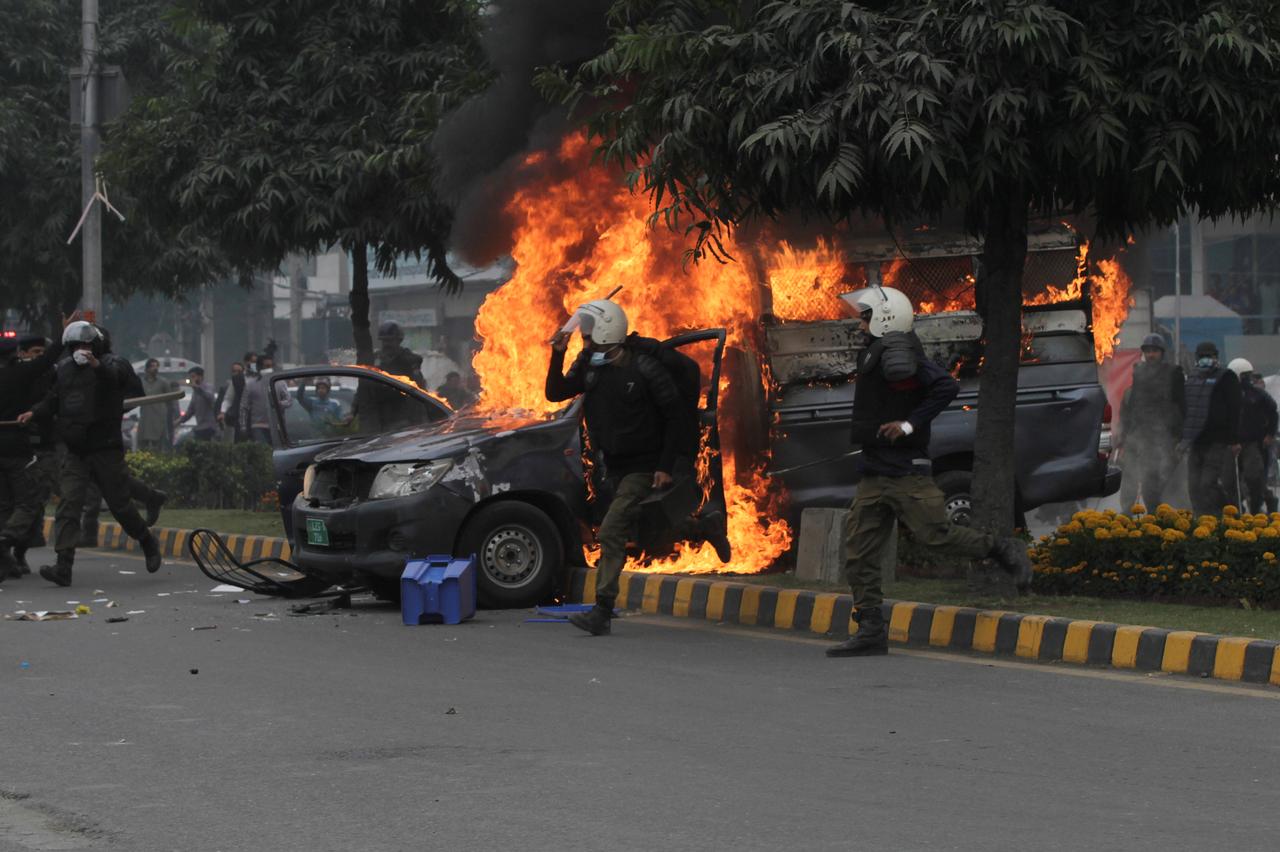 LAHORE / ISLAMABAD / QUETTA: Lawyers across the country are boycotting courts on Friday in protest over the arrests of their colleagues involved in Wednesday’s deplorable attack on the Punjab Institute of Cardiology (PIC).

They are demanding the release of all lawyers who have been apprehended and face charges under the Anti-Terrorism Act.

The latter part of the statement refers to the contempt notice issued to IHCBA Secretary-General Umair Baloch on Thursday for forcing lawyers out of the court.

The Lahore High Court (LHC) chief justice has been requested to form a division bench to hear a petition seeking the release of the arrested lawyers.

There was a heavy presence of law enforcement personnel at and near the LHC premises as lawyers gathered to raise slogans against the police and administration.

Protesting lawyers also stormed into the courtroom of Justice Syed Mazahir Ali Akbar Naqvi and sought to end judicial proceedings for the day.

“It is my responsibility to ensure continuity of judicial proceedings,” Justice Naqvi told the protesters.

He said it was up to lawyers to decide whether they appear for their cases but there would be no delay on the court’s part.

Urging the protesters to resolve the matter, the judge advised them to visit the PIC with flower bouquets and “hug out” their differences with the doctors and administration.

Meanwhile, the Proficient Lawyers Society filed a petition in the LHC seeking answers from the Pakistan Electronic Media Regulatory Authority (Pemra) over “one-sided” coverage of the matter.

The petition also seeks answers from the Pakistan Telecommunication Authority on the viral “controversial” videos showing lawyers attacking the PIC.

It also calls for an explanation from Punjab Police chief Shoaib Dastagir on the alleged use of excessive force against lawyers.

The Supreme Court Bar Association (SCBA) has demanded a judicial inquiry into the allegations against lawyers.

At a press conference in Lahore, the SCBA called for the formation of a judicial commission “comprising non-controversial judges” to conduct a transparent investigation.

Former SCBA president Hamid Khan said it was the government’s responsibility to identify the “hidden hands” attempting to destabilise Pakistan and isolate its legal community.

Four lawyers were presented before an anti-terrorism court in Lahore. Lawyers and media personnel were barred from entering the courtroom as Judge Arshad Hussein Bhatti conducted the proceedings.

Meanwhile, the Punjab government has prepared compensation cheques for the victims of the PIC attack. A total of Rs4.6 million will be distributed among 26 victims, including the two deceased.

The government set aside Rs2.6million to compensate people whose vehicles were damaged by the rampaging lawyers.

The federal capital witnessed an unprecedented situation as no case was heard at the Islamabad High Court on Friday.

The complete stop to judicial proceedings was a first for Islamabad as, in past instances, lawyers have appeared for urgent appeals even during strike calls.

At a press conference, members of the council claimed the PIC attack was a controversy to defame the country’s legal fraternity.

They also rejected Prime Minister Imran Khan’s recommendation to suspend the licenses of all lawyers involved in the attack.

They said lawyers were being portrayed as terrorists and the legal community wants to resolve the matter at the earliest.

Police have registered two cases on a range of charges, including terrorism and murder, against more than 250 lawyers who ran riot on Wednesday rampaging through the Punjab Institute of Cardiology (PIC), beating up medics, nurses – and even attendants, and damaging furniture and equipment at the facility.

At least three cardiac patients died as doctors and paramedical staff ran for safety while leaving them unattended at the ICU as scores of people donning black suits and wearing neckties stormed the province’s largest cardiac facility.