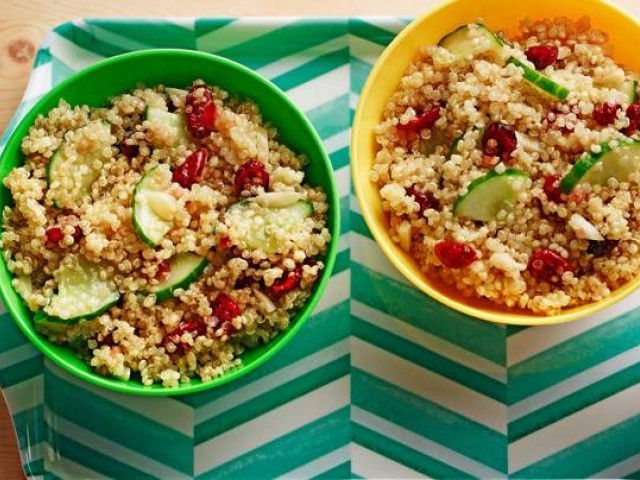 FAISALABAD: The Punjab Seed Council has approved the first-ever quinoa variety, a super food titled Q7, which was developed by the University of Agriculture Faisalabad (UAF) scientists.

This was announced by UAF Vice Chancellor Muhammad Ashraf at a Memorandum of Understanding ceremony between UAF and Shandong Normal University China (SDNU) to establish Quinoa Breeding Centre in both universities.

Speaking on the occasion, Ashraf said that quinoa is one of the world’s most popular health foods. He said quinoa is gluten-free, high in protein, fibre, vitamin B, iron, potassium, calcium, phosphorus, vitamin E and various beneficial antioxidants.

According to the agreement, adaptability trials of each other’s quinoa germ plasm will also be carried out. It was also agreed that faculty and students exchange programs would be initiated in the project, in addition to exchange of scientific materials, publications, and other information.

He said that the UAF and Chinese universities are jointly working on the different projects including heat-tolerant cotton and wheat varieties.

He said that China has adopted a model of small scaled implements for small farmers, which was a hallmark step.

Pakistani rupee getting strong, likely to hit 150 to dollar