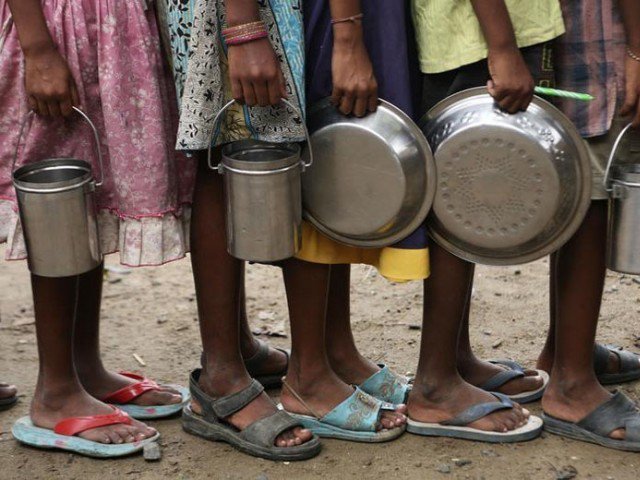 ISLAMABAD: At the end of two years of the Pakistan Tehreek-e-Insaf (PTI) government, 18 million more people may slip into abject poverty due to low economic growth and double-digit food inflation, claimed Dr Hafiz A Pasha, the country’s renowned economist.

The national poverty ratio, which was 31.3% in June 2018, would sharply jump to over 40% by June 2020, said Pasha in an article that first appeared in Business Recorder.

In absolute terms, people living in poverty will increase from 69 million in June 2018 to 87 million by June 2020, indicating 26% increase in poverty or an addition of 18 million people in first two years of the PTI government.

As per Pasha’s claim, eight million people have already been added to the ranks of the poor by the end of the first year of the PTI government. He has projected that 10 million more people will slip below the poverty line by the end of the current fiscal year.

“The situation is very alarming due to an economic growth rate that is close to the population growth rate and an exponential increase in prices of perishable food items,” said Pasha while talking to The Express Tribune on Tuesday.

Pasha has worked out these numbers on the basis of a cost-based methodology amid the federal authorities’ inability to firm up official poverty figures over the past three years which also include one year of the PTI government.

“We do not have latest official poverty statistics,” responded Federal Minister for Planning and Development Asad Umar when he was contacted for the government’s version.

The minister said the country was exiting a severe balance of payments crisis which had its own implications. Umar said the PTI government accelerated the poverty alleviation measures aimed at protecting the poor and vulnerable people from the adverse impact of macroeconomic adjustments.

Pasha said that the government’s decision to simultaneously increase taxes, energy tariffs and devaluation of currency contributed to the increase in poverty. He said that the Pakistan Muslim League-Nawaz (PML-N) government’s decision to keep the rupee-dollar parity stable kept the inflation under check. The PTI government is implementing probably the toughest International Monetary Fund (IMF) programme of the country’s history aimed at overpowering fiscal and external accounts challenges.

By June next year, four out of every ten Pakistanis will be poor, according to Dr Pasha’s working. Dr Pasha is the former finance minister of Pakistan and has also advised Prime Minister Imran Khan at the time of building consensus on signing an IMF programme.

At the end of the PML-N government, three out of ten Pakistanis were living in poverty when the poverty ratio had been estimated at 31.3% by Dr Pasha. A year ago Dr Pasha had estimated that national poverty ratio would increase to over 37%, which he now has updated in the aftermath of a surge in food inflation.

The food inflation was recorded at 16.6% in cities and 19.3% in rural areas in November over a year ago, according to the Pakistan Bureau of Statistics.

The official poverty figures are missing since 2014-15 – a year after start of the last IMF programme.

In his article, Dr Pasha said that the incidence of poverty fell from 36.8% in 2015 to 31.3% in 2017-18. The decline of 5.5 percentage points implied that almost six million people were taken out of poverty in these three years, he added.

The year 2018-19 has, unfortunately, witnessed a change in the trend. The per capita income growth was only 0.9% and more recent estimates indicated that it may have been even lower, he added.

He argued that in 2019-20, the GDP growth rate is expected to be close to 2.4%, therefore there will be no increase in per capita income.

“There is a real risk that the incidence of poverty could increase by almost 5 percentage points from the level of 35% in 2018-19. Therefore, by the end of 2019-20, the level of poverty in Pakistan could once again approach 40%,” he added.