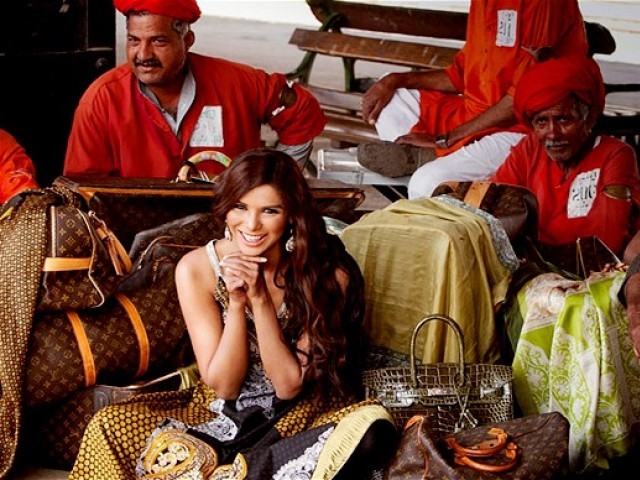 The United Nations’ Global Human Development Report (HDR) on Inequality, launched yesterday, reinforces the fact that inequalities in human development have huge repercussions for the progress and potential of countries. As an example, the report revealed that around 17% of children born in low human development countries in 2000 will have died before the age of 20, compared to just 1% of the children born in high human development countries. Similarly, 3% of the former will be in higher education, compared to 55% of those from countries with high human development. Think of the impact the statistics described above would have on the development outcomes of a country. This highlights a major finding of the Global HDR, which is that inequalities accumulate throughout people’s lives, and small inequalities during early phases of life only intensify as time goes on.

This can easily be seen in a country like Pakistan. In fact, if the country’s population was divided into 5 equal bands or quintiles from richest to poorest, the living standards of these groups would show two completely different Pakistans.

The richest quintile in the country has a Human Development Index (HDI) of 0.697, which is the same as Egypt, while the poorest quintile has an HDI of 0.405, equivalent to a country like Chad. Therefore, living in Pakistan can be an entirely different experience depending on how much money one has — with the cafe franchises and mega malls of Pakistan’s urban metropoles on the one hand and the dirt floors and open defecation of its poorest rural areas on the other.

This disparity is evident in the fact that Pakistan’s top quintile consumes 4.76 times more than its bottom quintile, earning Rs60,451 a month compared to the poorest 20%’s Rs19,742. It must be noted that experts point to a great deal of under-reporting and sampling errors within this data, meaning the income of the top 20% may be much higher than this figure. Of course, these inequalities go far beyond income and consumption.

In terms of health, Pakistan’s top quintile has a child mortality under five years of age of 56 out of 1000 births, compared to 103 per 1,000 for the lowest quintile. Education fares no better. Out of 100 children aged between five and nine, 76.6 of those from the top quintile are in primary school compared to only 39.5 from the lowest quintile. What about sanitation which can have serious impacts on health, well-being and even the social development of children? About 78.8% of all households from the top quintile have access to a flush toilet whereas the figure drops to a mere 31.6% for the poorest quintile. Another interesting inequality is that of transport which defines ease of access to other services such as healthcare, education, employment and so on. About 18% of Pakistan’s richest quintile have a car compared to only 0.6% of the bottom quintile.

For Pakistan’s lowest quintile, poor access to basic services has enormous implications for their access to opportunities, their ability to escape poverty, and even their vulnerability to violence. These types of inequality can only be overcome through robust and contextual policies at the federal and provincial levels.

Of course, efforts have been made to lower inequality in the country. Programmes such as BISP, Bait-ul-Maal, the Social Safety Net Programme, etc, have all attempted to execute poverty reduction strategies. The government’s recent Ehsaas Program aims to “reduce inequality, invest in people, and lift lagging districts”. The programme focuses specifically on the overturning of elite capture and the use of tailored data and technology to stem Pakistan’s growing tide of inequality. However, Pakistan has done poorly on its inequality-reduction policies historically.

The Global HDR puts a lot of emphasis on going ‘beyond today’ to study inequality. This means that we cannot solve the problem of inequality if we fail to understand the factors that will shape it in the future. The Pakistan NHDR has a similar philosophy, hoping to put together a holistic brief on inequality reduction in the country that aims to bridge the gap between the Two Pakistans.