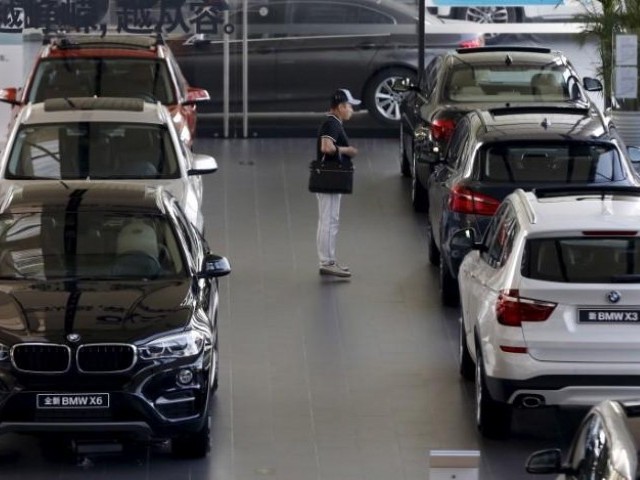 KARACHI: There was no sigh of relief for the automakers even in November as car sales dived 44% on a year-on-year basis owing to high prices, which came on the back of hefty rupee depreciation and high interest rates charged by banks for auto financing.

According to data released by the Pakistan Automotive Manufacturers Association (Pama) on Tuesday, auto sales were recorded at 9,789 units in November 2019 compared to 17,442 units in the same month of the previous year.

“Car sales in Pakistan continued to go down, causing a cumulative decrease of 45% on a year-on-year basis in the first five months (Jul-Nov) of the current fiscal year 2019-20,” said Topline Securities’ analyst Hammad Akram. “This decline is primarily attributable to higher auto prices post-rupee-devaluation and higher interest rates on auto financing.”

The situation remained dismal for all three automobile manufacturers as they posted a year-on-year decline in sales.

“Combined sales of City and Civic variants fell 66%, however, they recorded an increase of 4% on a month-on-month basis,” the analyst pointed out. “BR-V model showed a decline of 24% in year-on-year and 34% in month-on-month sales.” 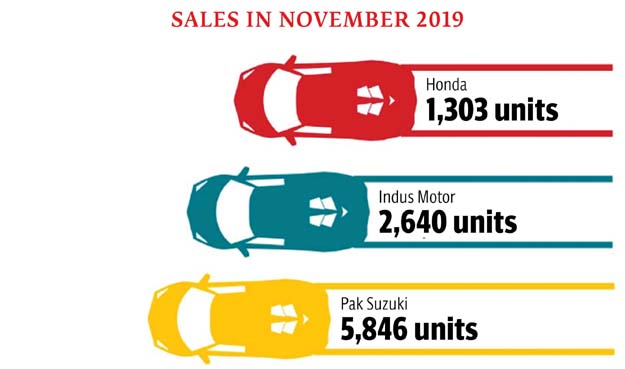 Indus Motor Company fared no better and recorded a drop of 52% in sales to 2,640 units in November 2019. However, for the second consecutive month, the automobile manufacturer posted a rise of 6% on a month-on-month basis.

According to the analyst, the increase in volumes was the result of aggressive promotions, discounts and different waiver schemes offered by the company in collaboration with commercial banks.

Pak Suzuki Motor Company reported the lowest year-on-year drop of 31% in sales, which stood at 5,846 units.

Flying cars could lure investors away from ground-based services

The decline in sales was led by Wagon-R and Cultus, which showed a year-on-year fall of 70% and 41% respectively, added the analyst. “Furthermore, Alto has also depicted a decline of 27% in sales, which is the highest since its launch,” Akram said.

Nevertheless, the analyst expressed optimism that car sales would pick up at the start of 2020 as volumes were likely to bottom out in December 2019.