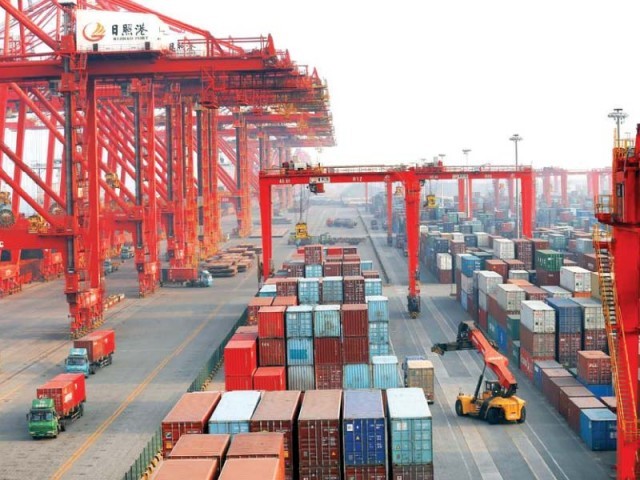 To unlock its potential as the regional hub for transit and trade, Pakistan needs to reduce time, cost and complications associated with meeting the regulatory requirements related to imports, exports and transit trade. PHOTO: FILE

ISLAMABAD: Pakistan, being a signatory to the World Trade Organisation (WTO), has decided to introduce a bill for creating a single window in order to facilitate cross-border trade.

Pakistan has signed WTO’s Agreement on Trade Facilitation and has notified the establishment of Pakistan Single Window (PSW) for cross-border trade by February 2022. This comes as the government increasingly focuses on enhancing exports and substituting imports in an effort to give a boost to domestic production and the overall economy.

NSW allows the parties involved in trade and transport to lodge standardised information and documents with a single-entry point to fulfill all import, export and transit-related regulatory requirements.

“The government has decided to introduce the Pakistan Single Window Bill 2019 to facilitate cross-border trade,” an official said, adding that the Economic Coordination Committee (ECC) of the cabinet would be briefed on the issue in a meeting on Wednesday.

Pakistan lags behind other countries in trading across borders. To unlock its potential as the regional hub for transit and trade, Pakistan needs to reduce time, cost and complications associated with meeting the regulatory requirements related to imports, exports and transit trade.

PSW is the solution to all these problems by using automation and aligning related regulatory processes.

In 2017, the premier designated Pakistan Customs as the lead agency to expedite the setting up of the single window. Consequently, the Customs wing of the Federal Board of Revenue (FBR) developed the PSW Roadmap and Implementation Framework in April 2018 with the help of international experts.

PM Imran constituted a high-level steering committee, headed by the minister of finance and revenue, in May 2018 to oversee the early setting up of the single window.

Pakistan Customs undertook various studies related to the establishment of PSW and finalised a detailed project design document, which was approved by the steering committee in August 2019.

The document recommended the promulgation of a new law based on a comprehensive legal gap analysis of the existing laws and regulations related to cross-border trade.

The legal gap analysis also covered the aspects provided in the approved governance, operation, revenue and functional models for PSW as well as in the checklist provided in the United Nations Centre for Trade Facilitation and Electronic Business (UN/CEFACT) recommendations for establishing a legal framework for the international trade single window.

The ECC will also consider the provision of a technical supplementary grant in an attempt to cope with the desert locust threat in Pakistan.

The Ministry of National Food Security and Research, in a summary, recalled that it had sought a supplementary grant of Rs530 million from the ECC in August this year. The ECC approved the summary and the cabinet ratified the decision.

Keeping that in view, the food security ministry requested the ECC to direct the Finance Division to arrange Rs459.5 million through the technical supplementary grant.