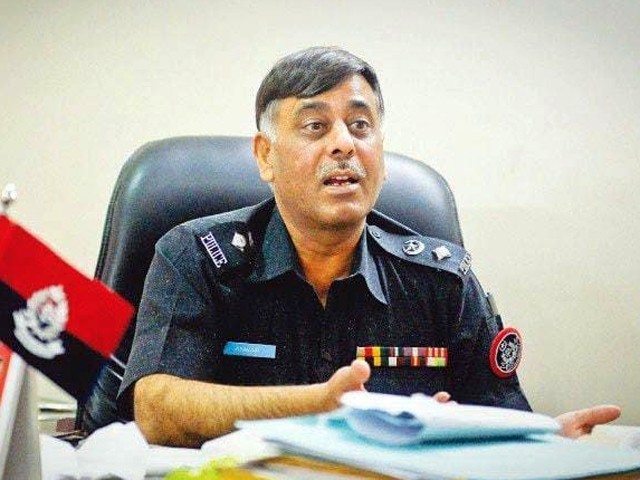 The United States has blacklisted a former senior Pakistani police officer for allegedly murdering over 400 people in “staged” police encounters.

Apart from Rao Anwar, a former senior superintendent of police (SSP), the US Department of the Treasury’s Office of Foreign Assets Control (OFAC) also designated 17 other individuals on the occasion of International Human Rights Day on Tuesday.

“Anwar was reportedly responsible for staging numerous fake police encounters in which individuals were killed by police, and was involved in over 190 police encounters that resulted in the deaths of over 400 people, including the murder of Naqeebullah Mehsood,” read a statement issued by the US Treasury Department.

Naqeebullah Mehsood, a young man from Waziristan region, was killed on January 13, 2018 in Karachi during a fake encounter allegedly staged by Rao. A police inquiry later established the encounter was staged. The extrajudicial killing sparked nationwide outraged with a Pashtoon rights group later using it as a rallying call.

“Anwar helped to lead a network of police and criminal thugs that were allegedly responsible for extortion, land grabbing, narcotics, and murder,” added the US Treasury Department statement.

Other designated individuals are located in Burma, Libya, Slovakia, Democratic Republic of the Congo (DRC), and South Sudan and were sanctioned for their roles in serious human rights abuse. Additionally, six entities have been blacklisted for being owned or controlled by one of the aforementioned individuals.

“The United States will not tolerate torture, kidnapping, sexual violence, murder, or brutality against innocent civilians,” OFAC Secretary Steven T Mnuchin said. “America is the world leader in combatting human rights abuse and we will hold perpetrators and enablers accountable wherever they operate,” he added.

OFAC Deputy Secretary Justin G Muzinich said, “Treasury’s action focuses on those who have killed, or ordered the killing of innocents who stood up for human rights including journalists, opposition members, and lawyers”.

Rao, perhaps Karachi’s most controversial cop, officially retired from service last year. However, the 37 years he spent with the police service tell the remarkable tale of the changing fortunes of a man willing to take the risks and go the length for his patrons.

Two things that have been a consistent feature of Rao’s tumultuous career are the encounters and accusations of corrupt practices that have dogged him over the years. Despite having faced a number of disciplinary actions and suspensions, the most infamous being in the aftermath of Naqeebullah’s murder, Rao has surreptitiously managed to dodge legal action.

The Treasury Department imposed the same sanctions on Myanmar’s army chief, three other senior Myanmar commanders, as well as 13 other individuals from other countries.

Myanmar’s military is accused of leading a brutal campaign in 2017 in Rakhine state against the Rohingya, a mostly Muslim minority whom the Buddhist-dominated nation does not consider citizens.

Around 740,000 Rohingya fled to neighboring Bangladesh after a bloody crackdown by the Myanmar military in 2017 that UN investigators have already described as genocide.

The United States said there were “credible reports” of mass-scale rape and other sexual violence by soldiers under the command of Min Aung Hlaing.

The latest US action came as Myanmar defends itself before the International Court of Justice in The Hague over charges it violated the 1948 genocide convention.

The United States also took action against a notorious militia in the Democratic Republic of Congo, the Allied Democratic Forces, which is accused of massacring civilians in an apparent bid to stop them from joining the military.

The Treasury Department slapped sanctions on the group’s leader, Musa Baluku, as well as five other people accused of supporting the group.

The US also imposed sanctions on five people over abuses in war-torn South Sudan, and a militia commander in Libya.

The Treasury Department also designated one European — Slovak businessman Marian Kocner, who is accused of ordering the 2018 murder of investigative journalist Jan Kuciak, who was probing high-level graft.