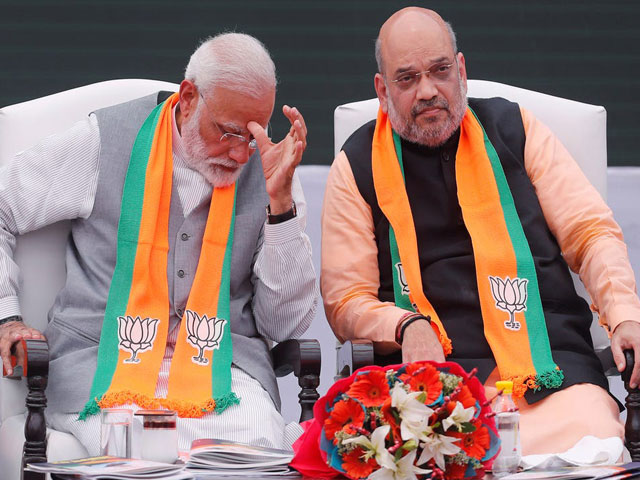 Widespread protests are being held on the streets in India against the bill saying it has discriminated against Muslims and violated India’s once secular constitution.

USCIRF is deeply troubled by the passage of the Citizenship (Amendment) Bill (CAB) in the Lok Sabha. The CAB enshrines a pathway to citizenship for immigrants that specifically excludes Muslims, setting a legal criterion for citizenship based on religion.https://t.co/E8DafI6HBH

Shah introduced the Citizenship Amendment Bill (CAB) in India’s lower house amid raucous debate. Opposition parties stood against the proposed law that would, for the first time, create a legal pathway to grant Indian nationality on the basis of religion.

The bill was originally introduced in 2016 during the Modi government’s first term but lapsed after protests and an alliance partner’s withdrawal. It proposes to grant Indian citizenship to non-Muslims who came to India from Pakistan, Bangladesh, and Afghanistan before 2015.

“The USCIRF is deeply troubled by the passage of the Citizenship (Amendment) Bill (CAB), originally introduced by Home Minister Amit Shah, in the Lok Sabha (the lower house of the Indian Parliament) given the religion criterion in the bill. The CAB will now move to the Rajya Sabha (Indian Parliament’s Upper House). If the CAB passes in both houses of parliament, the United States government should consider sanctions against the Home Minister and other principal leadership,” says USCIRF in its statement.

“The CAB enshrines a pathway to citizenship for immigrants that specifically excludes Muslims, setting a legal criterion for citizenship based on religion. The CAB is a dangerous turn in the wrong direction; it runs counter to India’s rich history of secular pluralism and the Indian Constitution, which guarantees equality before the law regardless of faith.”

USCIRF also expressed fear that the Indian government has created a religious test for Indian citizenship that would strip citizenship from millions of Muslims.

The statement continues, “In conjunction with the ongoing National Register of Citizens (NRC) process in Assam and nationwide NRC that the [Indian] Home Minister seeks to propose.”

Prime Minister Imran Khan on Tuesday has also condemned the controversial bill and termed it a part of the RSS design of expansionism propagated by the fascist Modi Govt.