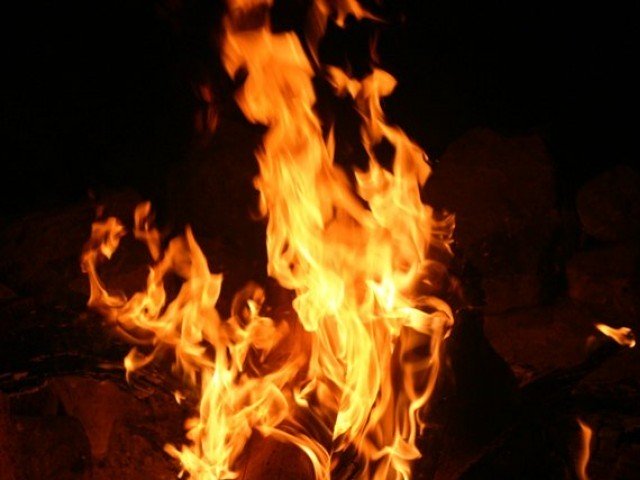 JHANG: A case was registered by the police, on Monday, against a suspect and his accomplices after a young woman was set on fire, and eventually killed, by her husband and the said accomplices. The incident took place in Ahmedpur Sial, a city in Jhang district.

After the victim’s family received the news of the incident, the victim’s parents registered a First Information Report (FIR) under section 358 (assault) and section 302 (premeditated murder) of the Pakistan Penal Code (PPC) against the accused.

The victim, identified as Humaira, a resident of Kabirwala tehsil, was allegedly set on fire by her husband and his accomplices after he poured petrol over her and set her on fire. Reportedly, the victim sustained severe burn injuries and was shifted to THQ hospital, where she breathed her last on December 7. The medical report of the victim stated that the victim sustained burns across 90 per cent of her body. Ahmedpur Sial SHO Mohammad Yousuf said police officials have recorded statements of the victim’s family. He added that the police are making efforts to conduct a thorough investigation based on the medical findings obtained from the hospital.

The relatives of the victim have appealed to Punjab Chief Minister Sardar Usman Buzdar and authorities concerned to take notice of the incident and ensure justice for the victim.