PIA flight PK 250 takes off for Islama­bad after a delay of two and a half hours
By Our Correspondent
Published: December 9, 2019
Tweet Email 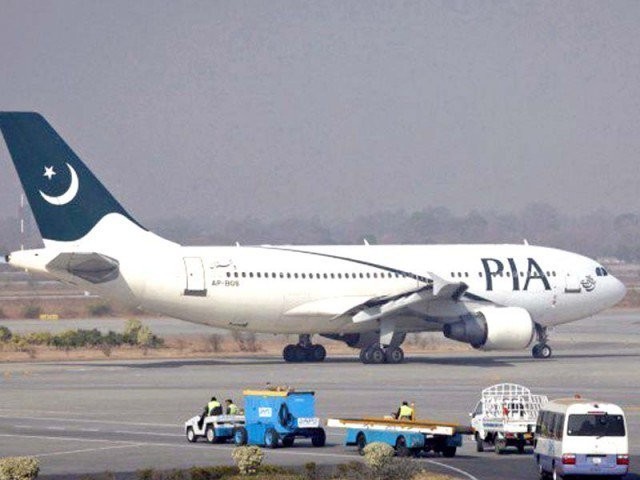 PIA flight PK 250 takes off for Islamabad after a delay of two and a half hours. PHOTO: FILE

ISLAMABAD: In yet another display of hostility towards Pakistan, the Afghan authorities held up a Pakistan International Airlines (PIA) aircraft for over two and half hours at Kabul airport before allowing it to take off for Islamabad on Monday.

All 162 passengers, onboard the PIA flight PK 250, were not even allowed to leave the plane while it waited for the green signal, sources told The Express Tribune.

A statement issued by the national flag carrier, however, read that the flight was held up due to ‘runway maintenance’. “Due to obstruction at the start of the runway, full length of the takeoff was not available,” it read.

Due to the shortened runway, the Afghan authorities asked the pilot to offload 15 passengers in weight shedding. The pilot, however, refused the idea as all passengers had already been taken in.

Interestingly, planes of all other airlines continued to take off using the same runway in the meantime.

After discussions through diplomatic channels that lasted for over two hours, the air traffic control (ATC) finally allowed takeoff from the other edge of the runway.

After taking off at 2:35pm, the flight safely landed at 3:30pm at the Islamabad airport.

Tensions between Pakistan and Afghanistan have been growing in recent days with both sides accusing the other for harassing their respective diplomatic staff. Islamabad in particular had lodged strong protest with Kabul over harassment of its diplomats posted in Afghanistan by the Afghan intelligence agencies. Afghanistan also has its own list of grievances against Pakistan.

Observers believe that improved relationship between Islamabad and Kabul is crucial for any Afghan peace deal.