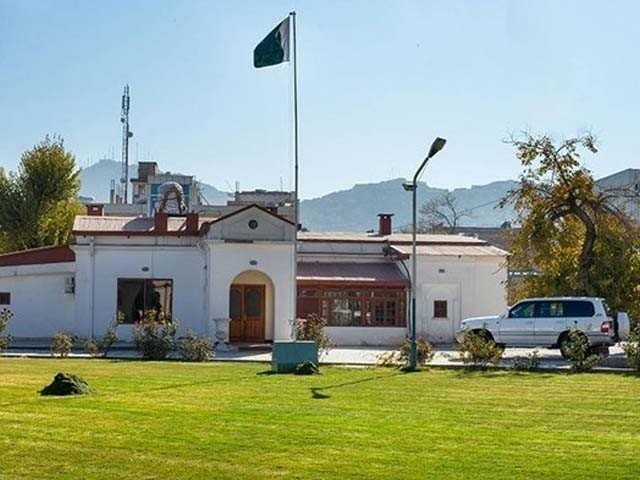 The meeting is to discuss recent hiccup in relationship between two neighbours. PHOTO: FILE

ISLAMABAD: Head of Pakistan’s premier spy agency and the foreign secretary on Monday visited Kabul as part of an effort to defuse tensions between Pakistan and Afghanistan over harassment of diplomats.

Tensions between Pakistan and Afghanistan have been growing in recent days with both sides accusing the other for harassing their respective diplomatic staff. Islamabad in particular had lodged strong protest with Kabul over harassment of its diplomats posted in Afghanistan by the Afghan intelligence agencies. Afghanistan also has its own list of grievances against Pakistan.

Against this backdrop, the ISI director general and foreign secretary visited Kabul.

A foreign office official, who requested not to be named as he was not authorised to speak to media on the subject, said both sides agreed to form a ‘technical committee’ to look into the matter with a view to immediately resolving it.

“Both sides also agreed to maintain close liaison and communication and identify steps to move forward on relevant issues,” the official added.

He disclosed the the high-powered Pakistani delegation and Afghan authorities also discussed other aspects of bilateral relationship between Pakistan and Afghanistan.

It was also decided that the next meeting of Afghanistan-Pakistan Action Plan for Peace and Solidarity (APAPPS) would be held in Kabul in December. APAPPS framework provides a comprehensive and structured mechanism to enhance engagement between counterpart institutions of the two countries.

APAPPS is comprised of five working groups on politico-diplomatic, military, intelligence, economic and trade and refugees issues. There was no official statement issued either by Kabul or Islamabad over the visit of the ISI chief and the foreign secretary.

The visit is nevertheless seen as significant against the backdrop of current events. Observers believe that improved relationship between Islamabad and Kabul is crucial for any Afghan peace deal.

The peace process is currently on hold, although efforts are being made to restart direct talks between the US and Afghan Taliban.

However, Ambassador Zalmay Khalilzad, who is tasked with reaching a peace deal with the Taliban, visited the region including Pakistan and Afghanistan, raising hopes for the revival of negotiations.

The US now wants Taliban to first commit to a ceasefire or at least reduce the level of violence before resumption of any talks. Pakistan is believed to have been also trying hard to persuade the Taliban to show flexibility on the issue of truce.

In October, Islamabad hosted a meeting between Khalilzad and Taliban delegation led by Mullah Abdul Ghani Baradar. Although, there is no clarity as to when the peace process will resume, the hectic behind the scene efforts suggest that all sides want the resumption at the earliest.